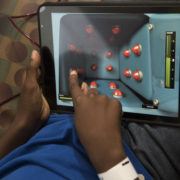 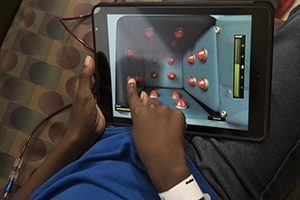 A team led by Children’s National Health System clinicians and research scientists attempted to identify novel approaches to boost WM in children who suffer from sickle cell disease. Kids who have this red blood cell disorder inherit abnormal hemoglobin genes from each parent. Rather than slipping through large and small vessels to ferry oxygen throughout the body, their stiff, sickle-shaped red blood cells stick to vessel walls, impeding blood supply and triggering sudden pain. Children with sickle cell disease have more difficulty completing tasks that place demands on one’s WM, the brain function responsible for temporarily remembering information and manipulating that information to facilitate learning and reasoning. As a result, they’re more likely to repeat a grade, require special academic services, and to have difficulty maintaining employment as adults.

Because computerized cognitive training programs have been used with success to boost WM for children with other health conditions, such as childhood cancer, the research team sought to examine the feasibility of using the technique for kids with sickle cell disease. “This small study highlights the challenges and opportunities of implementing a home-based cognitive training intervention with youths who have sickle cell disease,” says Steven J. Hardy, PhD, a pediatric psychologist in the Divisions of Hematology, Oncology, and Blood and Marrow Transplantation at Children’s National. “While a larger, randomized controlled clinical trial is needed to better characterize efficacy, our initial work indicates that Cogmed is acceptable and moderately feasible in this population.”

Children’s National is home to the Sickle Cell Disease (SCD) Program, one of the nation’s largest, most comprehensive pediatric programs that cares for 1,350 patients younger than 21 annually. Over 15 months, the team recruited youths aged 7 to 16 participating in the program who had an intelligence quotient of at least 70 and an absolute or relative memory deficit. Those who lacked access to a tablet computer were loaned an iPad Mini 2 loaded with Cogmed RM, an interactive audiovisual cognitive training program that consists of exercises that get progressively more challenging. A clinical psychologist provided coaching and moral support through weekly telephone calls to review progress and challenges, and to offer tips on how to optimize the youths’ progress.

Six of 12 eligible participants – all girls – completed by finishing at least 20 sessions of the program. The mean number of sessions completed was 15.83, and the kids spent a median of 725 minutes working actively on Cogmed exercises. “Participants who completed Cogmed indicated that they perceived greater levels of social support from teachers,” Hardy and colleagues write in the study, published by Pediatric Blood & Cancer. “[T]here was not a statistical difference in perceived parent support.”

“In this initial feasibility trial, adherence to Cogmed was lower than expected (50 percent completion) compared to adherence rates of other samples of children with medical histories, including patients with symptomatic epilepsy and youth treated for cancer,” Hardy and co-authors write. “Thus, additional modifications may be needed to achieve consistent delivery of the intervention to youth with SCD.” 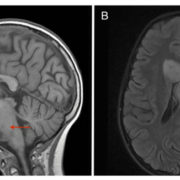 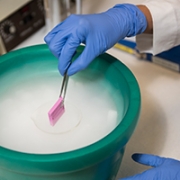 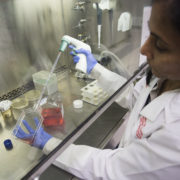