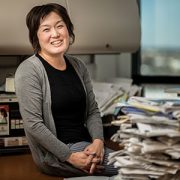 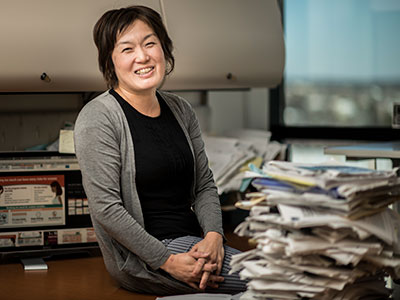 By looking back to the earliest moments of embryonic brain development, Kazue Hashimoto-Torii, Ph.D. and her collaborators sought to explain the molecular and cellular bases for complex congenital brain disorders that can result from exposure to harmful agents.

When the brain is exposed to an environmental stressor all is not immediately lost. Brain cells have mechanisms that protect them against the ravages of alcohol and other toxic substances. One of these is a protein the cells make, known as Heat Shock Factor 1 (Hsf1), which helps to shield them from damage. The fetal brain also can make Hsf1, which protects its particularly vulnerable cells from environmental stressors that pregnant mothers are exposed to during gestation.

However, a new study suggests that this system is not perfect. Research led by Children’s National Health System scientists suggests that when too much Hsf1 is produced, it actually can impair the brain during development. While this finding was made in a preclinical model, it raises questions about neural risks for human infants if their mothers drink alcohol in the first or second trimester of pregnancy.

When fetuses are chronically exposed to harmful agents such as alcohol, ethanol or methyl mercury in utero, the experience can negatively affect fetal brain development in unpredictable ways. Some fetal brains show little or no damage, while others suffer severe damage. By looking at the earliest moments of embryonic brain development, an international research team that includes five Children’s National authors sought to explain the molecular and cellular bases for complex congenital brain disorders that can result from exposure to such harmful agents.

“From a public health perspective, there is ongoing debate about whether there is any level of drinking by pregnant women that is ‘safe,’ ” says Kazue Hashimoto-Torii, Ph.D., principal investigator in the Center for Neuroscience Research at Children’s National and senior author of the paper published May 2 in Nature Communications. “We gave ethanol to pregnant preclinical models and found their offspring’s neural cells experienced widely differing responses to this environmental stress. It remains unclear which precise threshold of stress exposure represents the tipping point, transforming what should be a neuroprotective response into a damaging response. Even at lower levels of alcohol exposure, however, the risk for fetal neural cells is not zero,” Hashimoto-Torii adds.

The cerebral cortex – the thin outer layer of the cerebrum and cerebellum that enables the brain to process information – is particularly vulnerable to disturbances in the womb, the study authors write. To fend off insult, neural cells employ a number of self-preservation strategies, including launching the protective Hsf1-Heat shock protein (Hsp) signaling pathway that is used by a wide range of organisms, from single-cell microbes to humans. Developing fetuses activate Hsf1-Hsp signaling upon exposure to environmental stressors, some to no avail.

To help unravel the neurological mystery, the researchers used a method that allows a single molecule to fluoresce during stress exposure. They tapped specific environmental stressors, such as ethanol, hydrogen peroxide and methyl mercury – each of which are known to produce oxidative stress at defined concentrations. And, using an experimental model, they examined the Hsf1 activation pattern in the developing cerebral cortex by creating a marker, an encoding gene tagged with a type of fluorescent protein that makes it glow bright red.

“Our results suggest that heterogeneous events of abnormal brain development may occur probabilistically – which explains patterns of cortical malformations that vary with each individual, even when these individuals are exposed to similar levels of environmental stressors,” Hashimoto-Torii adds.

Among the more striking findings, neural cells with excessively high levels of Hsf1-Hsp activation due to ethanol exposure experience disruptions to normal development, with delayed migration by immature cortical neurons. For the fetal brain to develop normally, neurons need to migrate to precise places in the brain at just the right time to enable robust neural connections. When neurons fail to arrive at their destinations or get there too late, there can be gaps in the neural network, compromising efficient and effective communication across the brain’s various regions.

“Even a short period of Hsf1 overactivation during prenatal development causes critical neuronal migration deficiency. The severity of deficiency depends on the duration of Hsf1 overactivation,” Hashimoto-Torii says. “Expression patterns vary, however, across various tissues. Stochastic response within individual cells may be largely responsible for variability seen within tissue and organs.”

The research team found one bright spot: Cortical neurons that stalled due to lack of the microtubule-associated molecule Dcx were able to regain their ability to migrate properly when the gene was replenished after birth. A reduction in Hsf1 activity after birth, however, did not show the same ability to trigger the “reset” button on neural development.

“The finding suggests that genes other than microtubule-associated genes may play pivotal roles in ensuring that migrating neurons reach their assigned destinations in the brain at the right time – despite the added challenge of excessive Hsf1 activation,” according to Hashimoto-Torii. 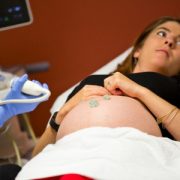