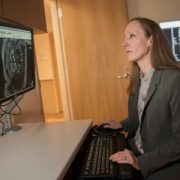 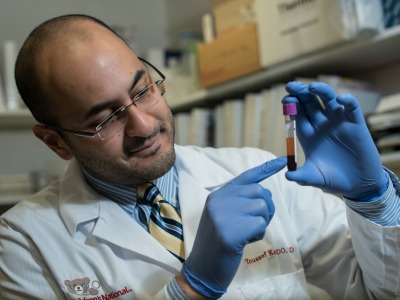 A Maryland woman traveled to the Dominican Republic early in her pregnancy, spending three weeks with family. She felt dizzy and tired and, at first, attributed the lethargy to jet lag. Then, she experienced a rash that lasted about four days. She never saw a bite or slapped a mosquito while in the Dominican Republic but, having heard about the Zika virus, asked to be tested.

Her blood tested positive for Zika.

Why was this pregnant woman infected by Zika while others who live year-round in Zika hot zones remain free of the infectious disease? And why was she among the slim minority of Zika-positive people to show symptoms?

Youssef A. Kousa, D.O., Ph.D., M.S., a pediatric resident in the child neurology track at Children’s National Health System, is working on a research study that will examine whether interplays between certain genes make some women more vulnerable to symptomatic Zika infections during pregnancy, leaving  some fetuses at higher risk of developing microcephaly.

At sites in Puerto Rico, Colombia and Washington D.C., Dr. Kousa and his research collaborators are actively recruiting study participants and drawing blood from women whose Zika infections were confirmed in the first or second trimester of pregnancy. The blood is stored in test tubes with purple caps, a visual cue that the tube contains an additive that binds DNA, preventing it from being cut up. Additional research sites are currently being developed.

When the blood arrives at Children’s National, Dr. Kousa will use a centrifuge located in a sample preparation room to spin the samples at high speed for 11 minutes. The sample emerges from the centrifuge in three discrete layers, separated by weight. The rose-colored section that rises to the top is plasma. Plasma contains tell-tale signs of the immune system’s past battles with viruses and will be analyzed by Roberta L. DeBiasi, M.D., M.S., Chief of the Division of Pediatric Infectious Diseases at Children’s National, and Dr. Kousa’s mentor.

A slender line at the middle indicates white blood cells. The dark red layer is heavier red blood cells that sink to the bottom. This bottom half of the test tube, where the DNA resides, is where Dr. Kousa will perform his genetic research.

For years, Dr. Kousa has worked to identify genetic risk factors that influence which fetuses develop cleft lip and palate. In addition to genetic variances that drive disease, he looks at environmental overlays that can trigger genes to respond in ways that cause pediatric disease. When Zika infections raced across the globe, he says it was important to apply the same genetic analyses to the emerging disease. Genes make proteins that carry out instructions, but viral infection disrupts how genes interact, he says. Cells die. Other cells do not fully mature.

While certain poverty-stricken regions of Brazil have recorded the highest spikes in rates of microcephaly, more is at play than socioeconomics, he says. “It didn’t feel like all of the answers lie in the neighborhood. One woman with a Zika-affected child can live just down the street from a child who is more or less severely affected by Zika.”

As a father, Dr. Kousa is particularly concerned about how Zika stunts growth of the fetal brain at a time when it should expand exponentially. “I have three kids. You see them as they achieve milestones over time. It makes you happy and proud as a parent,” he says. 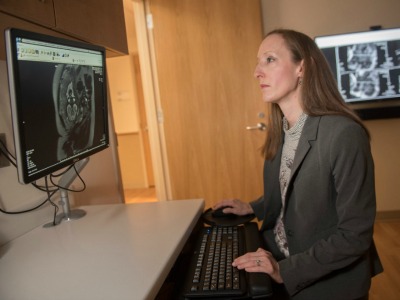 Sarah B. Mulkey, M.D., Ph.D., is studying whether infants exposed to Zika in utero achieve the same developmental milestones as uninfected infants.

While Dr. Kousa concentrates on Zika’s most devastating side effects, his colleague Sarah B. Mulkey, M.D., Ph.D., is exploring more subtle damage Zika can cause to fetuses exposed in utero. In the cohort of Colombian patients that Dr. Mulkey is researching, just 8 percent had abnormal fetal brain magnetic resonance images (MRIs). At first glance, the uncomplicated MRIs appear to be reassuring news for the vast majority of pregnant women.

In the fetus, the Zika virus makes a beeline to the developing brain where it replicates with ease and can linger after birth. “We need to be cautious about saying the fetal MRI is ‘normal’ and the infant is going to be ‘normal,’ ” Dr. Mulkey says. “We know with congenital cytomegalovirus that infected infants may not show symptoms at birth yet suffer long-term consequences, such as hearing deficits and vision loss.”

Among Zika-affected pregnancies in Colombia in which late-gestational age fetal MRIs were normal, Dr. Mulkey will use two different evaluation tools at 6 months and 1 year of age to gauge whether the babies accomplish the same milestones as peers. One evaluation tool is a questionnaire that has been validated in Spanish.

At 6 months and 1 year of age, the infants’ motor skills will be assessed, such as their ability to roll over in both directions, sit up, draw their feet toward their waist, stand, take steps independently and purposefully move their hands. Videotapes of the infants performing the motor skills will be scored by Dr. Mulkey and her mentor, Adre du Plessis, M.B.Ch.B., Chief of the Division of Fetal and Transitional Medicine at Children’s National. The Thrasher Research Fund is funding the project, “Neurologic outcomes of apparently normal newborns from Zika virus-positive pregnancies,” as part of its Early Career Award Program.

Both research projects are extensions of a larger multinational study co-led by Drs. du Plessis and DeBiasi that explores the impact of prolonged Zika viremia in pregnant women, fetuses and infants; the feasibility of using fetal MRI to describe the continuum of neurological impacts in Zika-affected pregnancies; and long-term developmental issues experienced by Zika-affected infants. 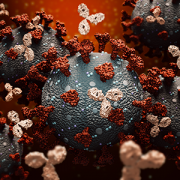 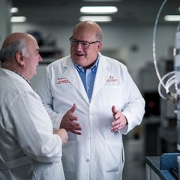 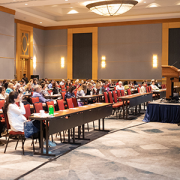