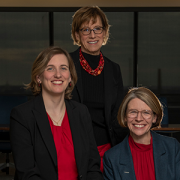 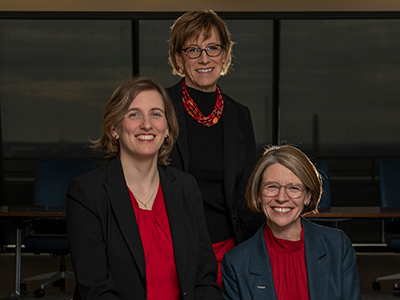 Drs. Tarini, Steinhorn and Beers are also in leadership roles within professional societies, elected by their peers, further highlighting the strength of the leadership at Children’s National and professional respect within the health care community.

Lee Savio Beers, M.D., FAAP, medical director of Community Health and Advocacy at the Child Health Advocacy Institute (CHAI) at Children’s National, was elected by her peers to become president-elect of the American Academy of Pediatrics (AAP) beginning Jan. 1, 2020. Dr. Beers will then serve as AAP president in 2021 for a one-year term.

“I am humbled and honored to have the support of my peers in taking on this newest leadership role,” says Dr. Beers. “AAP has been a part of my life since I first became a pediatrician, and my many leadership roles in the DC chapter and national AAP have given me a glimpse of the collective good we pediatricians can accomplish by working together toward common strategic goals.”

Dr. Beers is looking forward to continuing her work bringing together the diverse voices of pediatricians, children and families as well as other organizations to support improving the health of all children.

Robin Steinhorn, M.D., senior vice president of the Center for Hospital-Based Specialties at Children’s National was elected by her peers to become Vice President and President-elect of the American Pediatric Society (APS) in May 2018 and she is currently serving her role as the Society’s president, which began in May 2019.

“This is a tremendous honor. I look forward to leveraging the collective leadership and research accomplishments by our members to improve the health of infants and children throughout the U.S.,” said Dr. Steinhorn.

Dr. Steinhorn is particularly passionate about mentoring faculty and supporting the growth and career development of young neonatologists and scientists, with several having developed their own research laboratories and assumed division and department leadership positions. She was selected as a ‘Top Doctor’ by Northern Virginia Magazine in 2019.

Beth A. Tarini, M.D., MS, associate director, Center for Translational Research at The Children’s Research Institute, became vice president of the Society for Pediatric Research (SPR) in May 2019. Dr. Tarini will transition to President-Elect in May 2020 and become President in May 2021.

Dr. Tarini’s personal mission during this tenure will be to ensure that more pediatric researchers get to know SPR and are so excited about the organization that they become active members.

Dr. Tarini says she looks forward to working with other SPR leaders to find ways to build more productive, collaborative professional networks among faculty, especially emerging junior faculty. “Facilitating ways to network for research and professional reasons across pediatric research is vital – albeit easier said than done. I have been told I’m a connector, so I hope to leverage that skill in this new role,” says Dr. Tarini. 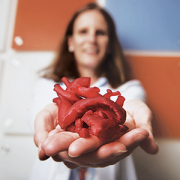 Later this month, the international cardiovascular magnetic resonance (CMR) community will gather in Barcelona, Spain, for CMR 2018, a joint meeting organized by the European Association of Cardiovascular Imaging (EACVI) and the Society for Cardiovascular Magnetic Resonance (SCMR). Among the many attendees will be several cardiology and radiology experts from Children’s National Heart Institute:

CMR 2018 will be held January 31-February 3, 2018 and will focus on the theme of “Improving Clinical Value by Technical Advances.” The meeting’s emphasis will be on the common goal of improving clinical outcomes in cardiovascular disease through innovation in basic MR development and medical engineering. 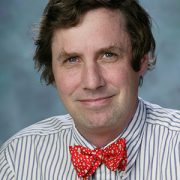 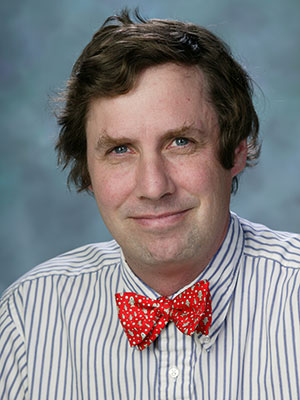 William Davis Gaillard, M.D., has been elected second vice president of the American Epilepsy Society (AES), a medical and scientific society with 4,000 members. Dr. Gaillard’s term started at the end of the society’s annual meeting, December 1-5, in Washington, D.C.

“The AES is the largest multidisciplinary professional and scientific society dedicated to the understanding, treatment and eradication of epilepsy and associated disorders, and I am honored to serve as the new Second Vice President.” Dr. Gaillard said.

Dr. Gaillard, an internationally recognized expert in pediatric epilepsy and imaging, is chief of Neurology, Epilepsy and Neurophysiology at Children’s National. He is also the associate director of the DC-IDDC and director of the of the Intellectual and Developmental Disabilities Research Center (DC-IDDRC) imaging core and associate director of the Center for Neuroscience Research, Children’s Research Institute. His academic appointments include professor of Pediatrics and Neurology at George Washington University and professor of Neurology at Georgetown University.

As division chief of Child Neurology, Epilepsy and Neurophysiology, Dr. Gaillard directs a team of pediatric specialists who see thousands of patients each year. Dr. Gaillard has worked throughout his career to care for children and young adults with epilepsy from the onset of seizures through novel therapeutic interventions, medication trials and, when appropriate, surgery. Treatment at Children’s National addresses the full range of the condition, including problems of difficult-to-control epilepsy. Additionally, treatment includes the concurrent social, educational and emotional issues faced by children with the condition and their families.

An active participant in AES activities, Dr. Gaillard has served as treasurer and as chair of the Clinical Investigator Workshop and Pediatric Content Committees. He also serves as an associate editor for the journal Epilepsy Research, and as a regular reviewer on AES and Epilepsy Foundation study sections. Dr. Gaillard will service as first vice president in 2019 and accede to the presidency of AES in 2020. 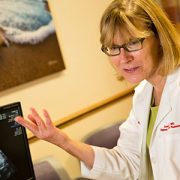 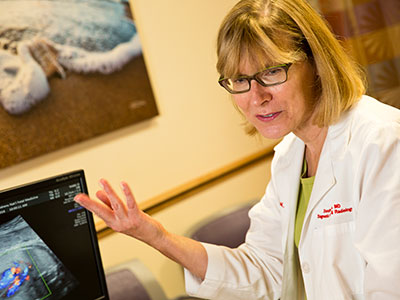