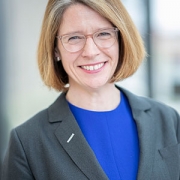 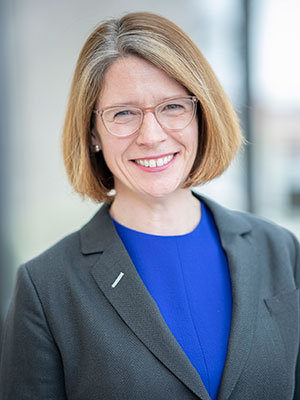 Lee Savio Beers, M.D., FAAP, Medical Director of Community Health and Advocacy at the Child Health Advocacy Institute (CHAI) at Children’s National Hospital carved out a Monday morning in late-September 2019, as she knew the American Academy of Pediatrics (AAP) would announce the results of its presidential election, first by telephone call, then by an email to all of its members.  Her husband blocked off the morning as well to wait with her for the results.  She soon got the call that she was elected by her peers to become AAP president-elect, beginning Jan. 1, 2020. Dr. Beers will then serve as AAP president in 2021 for a one-year term.

That day swept by in a rush, and then the next day she was back in clinic, caring for her patients, some of them teenagers whom she had taken care of since birth. Seeing children and families she had known for such a long time, some of whom had complex medical needs, was a perfect reminder of what originally motivated Dr. Beers to be considered as a candidate in the election.

“When we all work together – with our colleagues, other professionals, communities and families – we can make a real difference in the lives of children.  So many people have reached out to share their congratulations, and offer their support or help. There is a real sense of collaboration and commitment to child health,” Dr. Beers says.

That sense of excitement ripples through Children’s National.

“Dr. Beers has devoted her career to helping children. She has developed a national advocacy platform for children. I can think of no better selection for the president-elect role of the AAP. She will be of tremendous service to children within AAP national leadership,” says Kurt Newman, M.D., Children’s National Hospital President and CEO.

AAP comprises 67​,000 pediatricians, and its mission is to promote and safeguard the health and well-being of all children – from infancy to adulthood.

The daughter of a nuclear engineer and a schoolteacher, Dr. Beers knew by age 5 that she would become a doctor. Trained as a chemist, she entered the Emory University School of Medicine after graduation. After completing residency at the Naval Medical Center, she became the only pediatrician assigned to the Guantanamo Bay Naval Station.

That assignment to Cuba, occurring so early in her career, turned out to be a defining moment that shapes how she partners with families and other members of the team to provide comprehensive care.

“I was a brand-new physician, straight out of residency, and was the only pediatrician there so I was responsible for the health of all of the kids on the base. I didn’t know it would be this way at the time, but it was formative. It taught me to take a comprehensive public health approach to taking care of kids and their families,” she recalls.

On the isolated base, where she also ran the immunization clinic and the nursery, she quickly learned she had to judiciously use resources and work together as a team.

“It meant that I had to learn how to lead a multi-disciplinary team and think about how our health care systems support or get in the way of good care,” she says.

One common thread that unites her past and present is helping families build resiliency to shrug off adversity and stress.

“The base was a difficult and isolated place for some families and individuals, so I thought a lot about how to support them. One way is finding strong relationships where you are, which was important for patients and families miles away from their support systems. Another way is to find things you could do that were meaningful to you.”

Cuba sits where the Atlantic Ocean, Caribbean Sea and Gulf of Mexico meet. Dr. Beers learned how to scuba dive there – something she never would have done otherwise – finding it restful and restorative to appreciate the underwater beauty.

“I do think these lessons about resilience are universal. There are actually a lot of similarities between the families I take care of now, many of whom are in socioeconomically vulnerable situations, and military families when you think about the level of stress they are exposed to,” she adds.

Back stateside in 2001, Dr. Beers worked as a staff pediatrician at the National Naval Medical Center in Bethesda, Maryland, and Walter Reed Army Medical Center in Washington, D.C. In 2003, Dr. Beers joined Children’s National Hospital as a general pediatrician in the Goldberg Center for Community Pediatric Health. Currently, she oversees the DC Collaborative for Mental Health in Pediatric Primary Care, a public-private coalition that elevates the standards of mental health care for all children, and is Co-Director of the Early Childhood Innovation Network. She received the Academic Pediatric Association’s 2019 Public Policy and Advocacy Award.

As a candidate, Dr. Beers pledged to continue AAP’s advocacy and public policy efforts and to further enhance membership diversity and inclusion. Among her signature issues:

“I am humbled and honored to have the support of my peers in taking on this newest leadership role,” says Dr. Beers. “AAP has been a part of my life since I first became a pediatrician, and my many leadership roles in the DC chapter and national AAP have given me a glimpse of the collective good that pediatricians can accomplish by working together toward common strategic goals.”

AAP isn’t just an integral part of her life, it’s where she met her future husband, Nathaniel Beers, M.D., MPA, FAAP, President of The HSC Health Care System. The couple’s children regularly attended AAP meetings with them when they were young.

Just take a glimpse at Lee Beers’ Twitter news feed. There’s a steady stream of images of her jogging before AAP meetings to amazing sunrises, jogging after AAP meetings to stellar sunsets and always, always, images of the entire family, once collectively costumed as The Incredibles.

“I really do believe that we have to set an example: If we are talking about supporting children and families in our work, we have to set that example in our own lives. That looks different for everyone, but as pediatricians and health professionals, we can model prioritizing our families while still being committed to our work,” she explains.

“Being together in the midst of the craziness is just part of what we do as a family. We travel a lot, and our kids have gone with us to AAP meetings since they were infants. My husband even brought our infant son to a meeting at the mayor’s office when he was on paternity leave. Recognizing that not everyone is in a position to be able to do things like that, it’s important for us to do it – to continue to change the conversation and make it normal to have your family to be part of your whole life, not have a separate work life and a separate family life.” 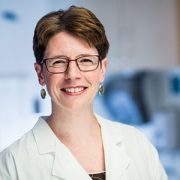 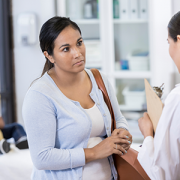 All in the family: How to run an effective family meeting 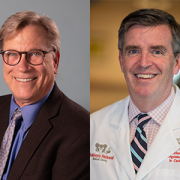 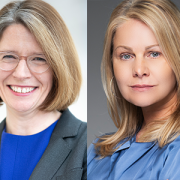