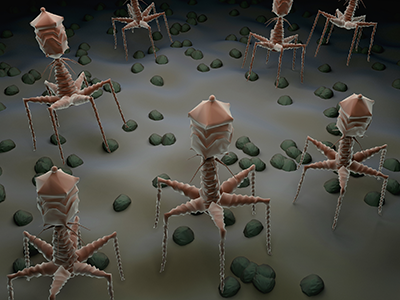 In the face of growing antibiotic resistance and few antibiotics in the development pipeline, phages are drawing renewed research interest as a potential silver bullet.

The married professors were spending their Thanksgiving holiday in Egypt when the husband, Thomas L. Patterson, Ph.D., got very sick very quickly, experiencing fever, nausea and a racing heartbeat. By the time Patterson was accurately diagnosed with a highly multi-drug resistant bacterial infection, he was near death. His wife, Steffanie Strathdee, Ph.D., promised to “leave no stone unturned.’”

What happened next is the ultimate infectious disease feel good story: Strathdee, part of an All-Star team of infectious disease experts and epidemiologists, concocted a cocktail of viruses that killed the superbug and saved Patterson’s life.

“He was going to die,” says Roberta L. DeBiasi, M.D., MS, chief of the Division of Pediatric Infectious Diseases at Children’s National Health System. “Because of her epidemiology background – and because she loves him – Patterson became the first patient successfully treated with bacteriophages.”

Dr. DeBiasi explains that all viruses take over cells and use their machinery for their own purposes. In order to escape, viruses blow up the cell. Bacteriophages are viruses that target bacteria, taking over their machinery and ultimately killing the bacterial host.

“Infection is a race between the body’s immune response and the bacteria replicating themselves,” she adds. “Bacteria have to continually replicate. If you knock out 90 percent of them with phage therapy, that gives the immune system a fighting chance to win the race.”

She was so inspired by the team’s ingenuity that DeBiasi, program vice-chair, invited them to recount the story during IDWeek2018, held Oct. 3 to Oct. 7, 2018, in San Francisco. During the closing plenary, Patterson, a professor of psychiatry, and Strathdee, associate dean of Global Health Sciences, will be joined by Robert T. “Chip” Schooley, M.D., (all of University of California, San Diego), to discuss the clinical aspects and efficacy of phage therapy.

About 50 years ago, the U.S. military had investigated leveraging phages but ultimately placed that research portfolio on the back burner. Now, in the face of growing antibiotic resistance and few experimental antibiotics in the development pipeline, phages are drawing renewed research interest as a potential silver bullet.

“The technology has been around for 50 years. We’re going back to old things because we’re so desperate,” Dr. DeBiasi adds.

The tricky thing with phages is that each bacterium needs its own tailored phage therapy.

Children’s National is working with Adaptive Phage Therapeutics, a company based in Gaithersburg, Maryland, that developed the phage used to save Patterson, in order to help build out that library of phages, each ready to be directed to do battle against a specific pathogen.

“We have been consultants to them to think about what would be a good clinical trial, particularly in a pediatric population,” Dr. DeBiasi says.

Children’s National has been collecting and sending isolates from patients with neurogenic bladder who experience urinary tract infections to shore up the phage library in anticipation of a clinical trial. The work builds on Children’s experience as the first center to use phage therapy in a pediatric patient, a 2-year-old who had multidrug-resistant Pseudomonas aeruginosa infection complicated by bacteremia/sepsis. 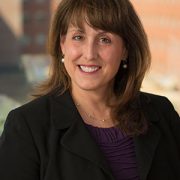 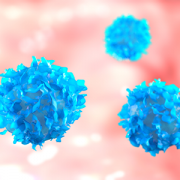 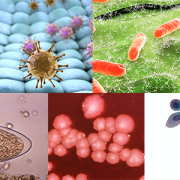 Which micro-organisms lurk within urine?