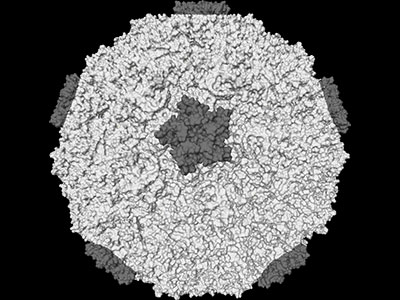 A new study shows that steroids might work for rhinovirus but not for respiratory syncytial virus.

Every winter, doctors’ offices and hospital emergency rooms fill with children who have bronchiolitis, an inflammation of the small airways in the lung. It’s responsible for about 130,000 admissions each year. Sometimes these young patients have symptoms reminiscent of a bad cold with a fever, cough and runny nose. Other times, bronchiolitis causes breathing troubles so severe that these children end up in the intensive care unit.

“The reality is that we don’t have anything to treat these patients aside from supportive care, such as intravenous fluids or respiratory support,” says Robert J. Freishtat, M.D., M.P.H., chief of emergency medicine at Children’s National Health System. “That’s really unacceptable because some kids get very, very sick.”

Several years ago, Dr. Freishtat says a clinical trial tested using steroids as a potential treatment for bronchiolitis. The thinking was that these drugs might reduce the inflammation that’s a hallmark of this condition. However, he says, the results weren’t a slam-dunk for steroids: The drugs didn’t seem to improve outcomes any better than a placebo.

But the trial had a critical flaw, he explains. Rather than having one homogenous cause, bronchiolitis is an umbrella term for a set of symptoms that can be caused by a number of different viruses. The most common ones are respiratory syncytial virus (RSV) and rhinovirus, the latter itself being an assortment of more than 100 different but related viruses. By treating bronchiolitis as a single disease, Dr. Freishtat says researchers might be ignoring the subtleties of each virus that influence whether a particular medication is useful.

“By treating all bronchiolitis patients with a single agent, we could be comparing apples with oranges,” he says. “The treatment may be completely different depending on the underlying cause.”

To test this idea, Dr. Freishtat and colleagues examined nasal secretions from 32 infants who had been hospitalized with bronchiolitis from 2011 to 2014 at 17 medical centers across the country that participate in a consortium called the 35th Multicenter Airway Research Collaboration. In half of these patients, lab tests confirmed that their bronchiolitis was caused by RSV; in the other half, the cause was rhinovirus.

From these nasal secretions, the researchers extracted nucleic acids called microRNAs. These molecules regulate the effects of different genes through a variety of different mechanisms, usually resulting in the effects of target genes being silenced. A single microRNA typically targets multiple genes by affecting messenger RNA, a molecule that’s key for producing proteins.

Comparing results between patients with RSV or rhinovirus, the researchers found 386 microRNAs that differed in concentration. Using bioinformatic software, they traced these microRNAs to thousands of messenger RNAs, looking for any interesting clues to important mechanisms of illness that might vary between the two viruses.

Their findings eventually turned up important differences between the two viruses in the NF-kB (nuclear factor kappa-light-chain-enhancer of activated B cells) pathway, a protein cascade that’s intimately involved in the inflammatory response and is a target for many types of steroids. Rhinovirus appears to upregulate the expression of many members of this protein family, driving cells to make more of them, and downregulate inhibitors of this cascade. On the other hand, RSV didn’t seem to have much of an effect on this critical pathway.

To see if these effects translated into cells making more inflammatory molecules in this pathway, the researchers searched for various members of this protein cascade in the nasal secretions. They found an increase in two, known as RelA and NFkB2.

Based on these findings, published online Jan. 17, 2018, in Pediatric Research, steroids might work for rhinovirus but not for RSV, notes Dr. Freishtat the study’s senior author.

“We’re pretty close to saying that you’d need to conduct a clinical trial with respect to the virus, rather than the symptoms, to measure any effect from a given drug,” he says.

Future clinical trials might test the arsenal of currently available medicines to see if any has an effect on bronchiolitis caused by either of these two viruses. Further research into the mechanisms of each type of illness also might turn up new targets that researchers could develop new medicines to hit.

“Instead of determining the disease based on symptoms,” he says, “we can eventually treat the root cause.” 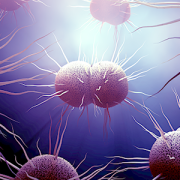