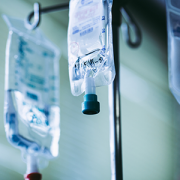 Brain injuries that happen during episodes of diabetic ketoacidosis (DKA) – where the body converts fat instead of sugar into energy, and where the pancreas is unable to process insulin, such as in type 1 diabetes – are rare, and happen in less than 1 percent of DKA episodes, but these injuries can carry lasting consequences – including mild to severe neurological damage.

A new 13-center, randomized, controlled trial published on June 13, 2018, in the New England Journal of Medicine finds two variables – the speed of rehydration fluids administered to patients and the sodium concentrations in these intravenous fluids – don’t impact neurological function or brain damage.

“One medical center would never be able to study this independently because of the relatively small volume of children with DKA that present to any one site,” says Kathleen Brown, M.D., a study author, the medical director of the emergency medicine and trauma center at Children’s National Health System and a professor of pediatrics and emergency medicine at George Washington University School of Medicine. “The strength of this research lies in our ability to work with 13 medical centers to study almost 1,400 episodes of children with DKA over five years to see if these variables make a difference. The study design showcases the efficiency of the Pediatric Emergency Center Applied Research Network, or PECARN, a federally-funded initiative that powers collaboration and innovation.”

Researchers have speculated about the techniques of administering intravenous fluids, specifically speed and sodium concentrations, to patients experiencing a DKA episode, with many assuming a faster administration rate of fluids would produce brain swelling. Others argued, from previous data, that these variables may not matter – especially since higher levels of brain damage were noted among children with higher rates of dehydration before they were treated. Some thought DKA created a state of inflammation in the brain, which caused the damage, and that speed and sodium concentration wouldn’t reverse this initial event. The researchers set out to determine the answers to these questions.

The PECARN research team put the data to the test: They created a 2-by-2 factorial design to test the impact of providing 1,255 pediatric patients, ages zero to 18, with higher (.9 percent) and lower (.45 percent) concentrations of sodium chloride at rapid and slow-rate administration speeds during a DKA episode. They administered tests during the first DKA episode and again during a recurrent episode. After analyzing 1,389 episodes, they found that the four different combinations did not have a statistically significant impact on the rate of cognitive decline during the DKA episode or during the 2-month and 6-month recovery periods.

“One of the most important lessons from this study is that diabetic ketoacidosis should be avoided because it can cause harm,” says Dr. Brown. “But the best way to treat diabetic ketoacidosis is to prevent it. Parents can monitor this by checking blood sugar for insulin control and taking their children for treatment as soon as they show signs or symptoms that are concerning.”

According to the National Institute of Diabetes and Kidney Disease, symptoms of diabetic ketoacidosis include nausea and vomiting, stomach pain, fruity breath odor and rapid breathing. Untreated DKA can lead to coma and death.

An accompanying video and editorial are available online in the New England Journal of Medicine.

The study was funded by the Eunice Kennedy Shriver National Institute of Child Health and Human Development at the Health Resources and Services Administration. The PECARN DKA FLUID ClinicalTrials.gov number is NCT00629707.

Children’s National Health System’s Division of Pediatric Emergency Medicine has been a lead site for the PECARN network since its inception in 2001. 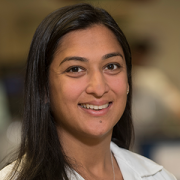 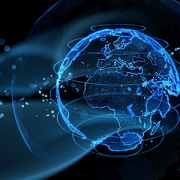 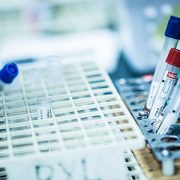 2016: A banner year for innovation

It took an act of Congress to save lives 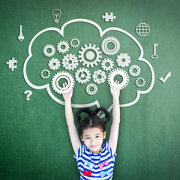