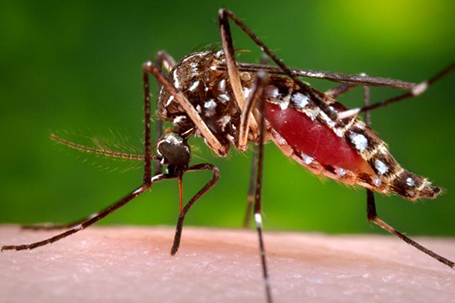 In the midst of an unprecedented Zika crisis in Brazil, there were a few flickers of hope: Some babies appeared to be normal at birth, free of devastating birth defects that affected other Brazilian children exposed to the virus in utero.

In the midst of an unprecedented Zika crisis in Brazil, there were a few flickers of hope: Some babies appeared to be normal at birth, free of devastating birth defects that affected other Brazilian children exposed to the virus in utero. But according to a study published online July 8, 2019, in Nature Medicine and an accompanying commentary co-written by a Children’s National clinician-researcher, the reality for Zika-exposed infants is much more complicated.

Study authors led by Karin Nielsen-Saines at David Geffen UCLA School of Medicine followed 216 infants in Rio de Janeiro who had been exposed to the Zika virus during pregnancy, performing neurodevelopmental testing when the babies ranged in age from 7 to 32 months. These infants’ mothers had had Zika-related symptoms themselves, including rash.

Although many children had normal assessments, 29% scored below average in at least one domain of neurological development, including cognitive performance, fine and gross motor skills and expressive language, Sarah B. Mulkey, M.D., Ph.D., and a colleague write in a companion commentary published online by Nature Medicine July 29, 2019.

The study authors found progressively higher risks for developmental, hearing and eye abnormality depending on how early the pregnancy was at the time the infants were exposed. Because Zika virus has an affinity for immature neurons, even babies who were not born with microcephaly remained at continued risk for suffering abnormalities.

Of note, 24 of 49 (49%) infants who had abnormalities at birth went on to have normal test results in the second or third year of life. By contrast, 17 of 68 infants (25%) who had normal assessments at birth had below-average developmental testing or had abnormalities in hearing or vision by age 32 months.

“This work follows babies who were born in 2015 and 2016. It’s heartening that some babies born with abnormalities tested in the normal range later in life, though it’s unclear whether any specific interventions help to deliver these positive findings,” says Dr. Mulkey, a fetal–neonatal neurologist in the Division of Fetal and Transitional Medicine at Children’s National in Washington, D.C. “And it’s quite sobering that babies who appeared normal at birth went on to develop abnormalities due to that early Zika exposure.”

It’s unclear how closely the findings apply to the vast majority of U.S. women whose Zika infections were asymptomatic.

“This study adds to the growing body of research that argues in favor of ongoing follow-up for Zika-exposed children, even if their neurologic exams were reassuring at birth,” Dr. Mulkey adds. “As Zika-exposed children approach school age, it’s critical to better characterize the potential implications for the education system and public health.”

2019 at a glance: Oncology at Children’s National
Scroll to top