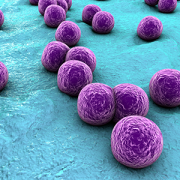 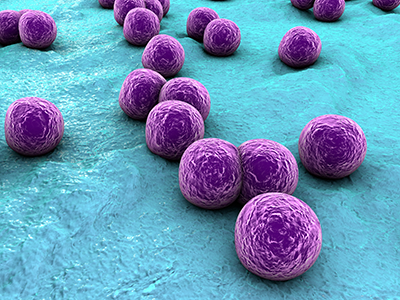 Patients with cystic fibrosis who carried antibiotic-resistant bacteria, such as Staphylococcus aureus, in their lungs had significantly lower microbial diversity and more aggressive disease, according to a small study published in Heliyon.

A defective gene causes thick, sticky mucus to build up in the lungs of patients with cystic fibrosis (CF). There, it traps bacteria, causing patients to develop frequent lung infections that progressively damage these vital organs and impair patients’ ability to breathe.

Most patients with this progressive genetic disorder die by the fourth decade of life. A key to helping patients live even that long – a vast improvement from an average lifespan of 10 years  just decades ago – is judicious use of antibiotics, explains Andrea Hahn, M.D., a pediatric infectious diseases specialist at Children’s National Health System.

But antibiotics are a double-edged sword, Dr. Hahn adds: Although they’re necessary to eradicate lung infections, repeated use of these drugs can lead to antibiotic resistance, making it tougher to treat future infections. Also, antibiotic use can kill the nonpathogenic bacteria living in the lungs as well. That decreases the diversity of the microbial community that resides in the lungs, a factor associated with disease progression. But how antibiotic resistance impacts the relationship between lung bacterial diversity and CF patients’ pulmonary function has been unknown.

Dr. Hahn and colleagues investigated this question in a small study that was published online Sept. 17, 2018, in Heliyon. Their findings suggest that the presence of multidrug resistant bacteria in the airways of patients with CF is associated with decreased microbial diversity and decreased pulmonary function.

In the study, the researchers recruited six patients with CF from Children’s National during well-child visits. During those appointments, the research team collected respiratory secretions from these volunteers. They collected more samples at subsequent visits, including:

Over the 18-month study period, these patients made multiple visits for exacerbations and antibiotic treatments, leading to samples from 19 patient encounters overall.

The scientists then analyzed each sample in two different ways. They used some to grow cultures in petri dishes, the classic method that labs use to figure out which bacterial species are present and to determine which antibiotics are effective in tamping them down. They used another part of the sample to run genetic analyses that searched for antibiotic resistance genes. Both methods were necessary to gather a complete inventory of which antibiotic-resistant bacteria were present, Dr. Hahn explains.

“Laboratory cultures are designed to grow certain types of bacteria that we know are problematic, but they don’t show everything,” she says. “By genetically sequencing these samples, we can see everything that’s there.”

Their results revealed a host of bacterial species present in these patients’ airways, including methicillin-resistant Staphylococcus aureus, a notoriously hard-to-treat microbe. Patients who carried this or other antibiotic-resistant bacteria had significantly lower microbial diversity in their samples and more aggressive disease. Their samples also were more likely to contain bacteria of the genus Alcaligenes, whose role in CF is not yet known.

Although heavy antibiotic use probably contributed to both the antibiotic resistance and lowered microbial diversity, Dr. Hahn says, the answer isn’t to reduce use of these drugs: They’re necessary to help patients with CF recover after each bout with pulmonary exacerbations. Rather, she says, using methods beyond a simple lab culture can help doctors target infectious bacteria more selectively, perhaps avoiding collateral damage.

“We can’t stop using antibiotics,” she says, “but we can learn to use them better.” 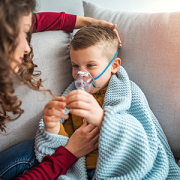 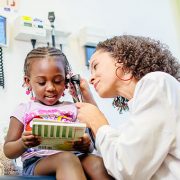