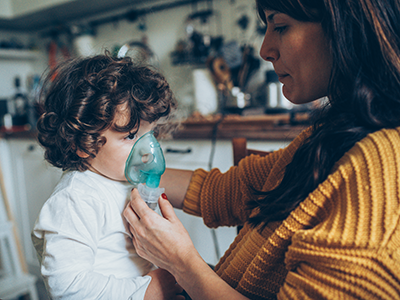 Physician-scientists from Children’s National Hospital are unlocking new insights into Cystic Fibrosis by studying the type and number of bacteria in the lungs.

Cystic Fibrosis (CF) is a genetic disorder that chiefly affects the lungs and results in the production of abnormally dehydrated, viscous mucus. The inability to adequately clear this mucus leads to bacterial retention and both intermittent and chronic lung infections which require antibiotic therapy to treat. Researchers have used 16S rDNA amplicon sequencing for years in the attempts to characterize the airway microbiomes of CF patients, and more recently have used shotgun whole genome sequencing (WGS) techniques to obtain further details regarding bacterial species and strains. Previous studies on the airway microbiomes of CF patients have revealed that inter-person variability is high and can sometimes exceed intra-person variability. This can preclude generalizations regarding the CF population as a whole, which includes more than 30,000 Americans.

A recently published case study examined a young child with advanced and severely aggressive CF over a 12-month period, during which five pulmonary exacerbations occurred. A total of 14 sputum samples were collected across three clinical periods- baseline, exacerbation, and treatment. Samples were subsequently genetically sequenced (via 16s rDNA sequencing and, in three instances, WGS) and volatile metabolites were analyzed. The researchers hypothesized that if signature microbiome and metabolome characteristics correlated with one other and could be identified for each disease state, this data could serve as conglomerate biomarkers for the continuum of CF clinical states within an individual. In turn, this could inform future study design in a larger cohort.

Across all sputum samples, 109 individual operational taxonomic units (OTUs) and 466 distinct volatile metabolites were identified. 16s rDNA sequencing and WGS revealed that Escherichia coli and Staphylococcus aureus were the predominant bacteria during most baseline and exacerbation samples, despite some significant fluctuations in relative abundances. After the patient’s fifth antibacterial course, however, Achromobacter xylosoxidans became the new dominant bacterium.

Analysis revealed that the phylum Bacteroidetes and the genus Stenotrophomonas were significantly more abundant in treatment periods compared to baseline and exacerbation periods. WGS revealed the presence of bacteriophages as well as antibiotic resistance genes (mostly due to multi-drug resistance mechanisms), which can have important clinical ramifications and adds some dimensionality to the genetic analysis.

Volatile metabolite analysis found that observable fluctuations in metabolome composition coincided with fluctuations in the sputum microbiome. In this case, the microbiome and volatile metabolites produced by these bacteria provided an accurate assessment of the child’s clinical state. More specifically, the authors saw a distinct shift in both the microbiome and volatile metabolites with antibiotic treatment across the five independent pulmonary exacerbations. These additional assessments of the bacteria within the CF airway could provide an additional technique beyond standard bacterial cultures to better understand how the patient is responding to antibiotic treatment. Future studies in a larger group of children with CF may provide further insights into bacteria and volatile metabolite combinations that predict pulmonary exacerbation. 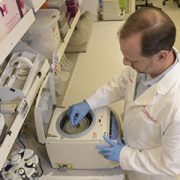 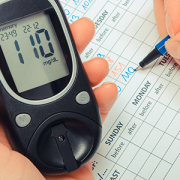