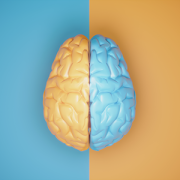 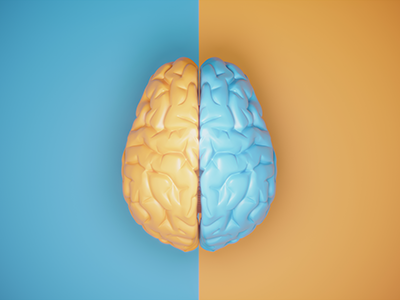 Experts at Children’s National Hospital have pioneered a novel approach using controlled strokes to stop seizures and improve neurodevelopmental outcomes in newborns under three months born with hemimegalencephaly (HME). They now consider it their new standard of care for babies in this age group with HME and refractory epilepsy.

Asking a physician to induce strokes in newborns is asking her to do something contrary to her training. But over the past eight years, experts at Children’s National Hospital have pioneered a novel approach using controlled strokes to stop seizures and improve neurodevelopmental outcomes in newborns under three months born with hemimegalencephaly (HME). They now consider it their new standard of care for babies in this age group with HME and refractory epilepsy.

“We have demonstrated the ability to intervene and stop the intractable seizures during a critical time of neurodevelopment in which no other effective medical or surgical option exists. That is extremely rewarding,” said Monica Pearl, M.D., director of the Neurointerventional Radiology Program at Children’s National. Children’s National is the only center in the world currently offering this treatment. A multi-disciplinary team led by Dr. Pearl; Taeun Chang, M.D., director of the Neonatal Neurology and Neonatal Neurocritical Care Program; neurophysiologist and neonatal neurologist Tammy Tsuchida, M.D., Ph.D.; and other experts has now successfully treated seven patients using this minimally-invasive approach.

“We want patients and providers to understand this is a better alternative to a delayed hemispherectomy, the standard of care currently offered to newborns with HME,” said Dr. Chang.

The best treatment for newborns with hemimegalencephaly

HME, a rare congenital condition occurring in a handful of newborns each year, is characterized by abnormal growth and enlargement of half of the brain which leads to intractable seizures. The seizures often result in severe cognitive delays and hemiparesis. The standard treatment is an anatomic hemispherectomy — surgical removal of the affected half of the brain, allowing the remaining half of the brain to develop and function without constant seizures.

Such a large and complex surgery poses serious risks for infants younger than three months, leaving doctors with the difficult choice to delay surgery until these newborns grow bigger and stronger, even as they are experiencing seizures. These persistent seizures compromise the development of the healthy half of the brain. One study reports as much as a drop of 10 to 20 IQ points with each month’s delay in surgical hemispherectomy.

“I was willing to consider performing these procedures because there is a clear, unmet medical need and these babies are in dire circumstances,” Dr. Pearl said. “Waiting for curative hemispherectomy means more than just lost time; uncontrolled seizures and anti-seizure medications have detrimental effects on the ‘normal,’ unaffected parts of the brain. We needed a better option for these patients.” Dr. Pearl said that complete embolization of the affected hemisphere as both primary and definitive treatment had never been described. They could only find one example in the literature – a paper from 1995 – suggesting embolization as an adjunct to surgery, and nothing suggesting it as a primary modality.

About the care received

Dr. Pearl is one of only a handful of dedicated pediatric neurointerventionalists across the country with neurovascular expertise in people of all ages, in particular neonates and young infants. For these procedures to be performed safely, the neurointerventionalist must be proficient in obtaining femoral arterial access and navigating small caliber cervicocerebral blood vessels that are less than one millimeter in diameter.

Additionally, one needs a neonatal neurocritical care service and NICU that can medically manage large strokes and their potential complications in newborns. Dr. Chang has developed a specialized protocol based on decades of managing strokes and other acute brain injuries in newborns. She created the neonatal neurocritical care service at Children’s National, the only one in the region and the largest in the world.

“Our teams are fortunate in that we each respectively have extensive prior experience in treating and managing neonates and very young infants for various cerebrovascular disorders,” Dr. Pearl said. “We relied on this collective experience to make this hemispheric embolization pathway possible.”

To perform the embolizations, Dr. Chang and her team first optimizes control of the seizures using medications. Dr. Pearl places a sheath in the femoral artery using ultrasound guidance – a delicate task in a neonate whose femoral artery diameter is only two to three millimeters. She then navigates a catheter up the aorta and selects the targeted carotid artery using radiographic guidance. What follows is a set of intricate navigations to direct the microcatheter through small blood vessels in the brain, often less than one millimeter.

Using x-ray guidance, Dr. Pearl injects contrast through the microcatheter to visualize the arterial anatomy and advance the microcatheter into position for embolization. She uses glue that hardens when exposed to blood, blocking off the blood supply to the seizure-inducing areas. The process is repeated until the blood supply to the entire affected hemisphere is occluded. Meanwhile, Dr. Chang and her team monitor the brain’s electrical activity using an electroencephalogram (EEG) to watch how the brain responds to each stroke. The surgical epilepsy, neonatal neurocritical care and neonatology teams are all in constant communication throughout the procedure.

Together, they have to contend with the same symptoms patients have immediately following a stroke, most notably brain swelling that can cause bleeding and herniation. The resultant brain swelling is complicated further by the already enlarged hemisphere of the brain. Using neuroprotective strategies learned from treating over a thousand newborns with perinatal brain injury, Dr. Chang and her team and the NICU coordinate to minimize brain swelling and protect the healthy half of the brain by tightly controlling the brain temperature, glucose, sodium levels, and blood pressure. Over the course of a few weeks, Dr. Pearl performs three to four embolization sessions to halt blood supply to the seizing half of the brain.

“The risks of intracranial vasospasm and hemorrhage during embolization are higher in this distinct group of patients compared to other neonates requiring embolization, such as in vein of Galen malformations. These events must be controlled immediately to prevent complications and I know I only have seconds to react,” Dr. Pearl said.

“Here, we have the cultivation of brain-centric neonatal care, a large level IV tertiary NICU with expertise in keeping critically ill babies alive and rare pediatric neurologic subspecialists like Dr. Pearl and myself. All of this is what makes this level of innovation possible,” Dr. Chang said. Now, they wish this minimally invasive approach to be available to all newborns with HME and refractory epilepsy.

“This is not a fluke. This is not a one-time thing. Our team at Children’s National has been perfecting this method for close to a decade,” Dr. Chang said. As for proof, her answer is clear. 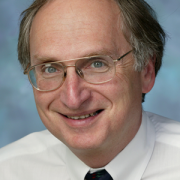 From discovery to ‘no excuses’ in neuro-oncology 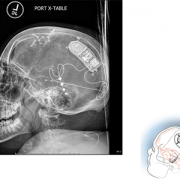 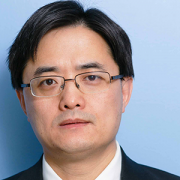 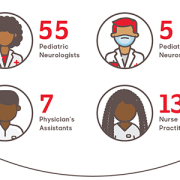 2021 at a glance: Neurology and Neurosurgery at Children’s National 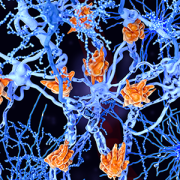 Stress during pregnancy may hinder cognitive development
Scroll to top