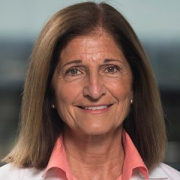 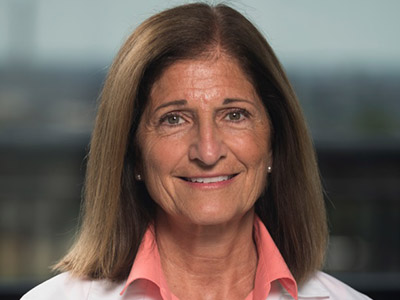 Around the same time that Atul Gawande and colleagues were developing adult operating room crisis checklists, a dedicated group of expert pediatric anesthesiologists were working on a set of checklists for pediatric specific, peer-reviewed algorithms to treat critical events in the perioperative setting.

Eugenie Heitmiller, M.D., chief of Anesthesiology, Pain and Perioperative Medicine at Children’s National Health System, was one of the initiators of what is known today as the Pedi Crisis App—a widely used reference tool designed to support clinician responses to life-threatening critical events.

Dr. Heitmiller and her colleagues on the Quality and Safety Committee of the Society for Pediatric Anesthesia (SPA) sought to create this series of standard algorithms that could be referenced both as teaching tools and as cognitive aids to be used in real time during rare critical occurrences in the perioperative setting.

“Most kids do well under anesthesia, but every once in a while, you have a child who has an event you don’t see that often, no matter how experienced you are,” she says. Having these checklists means we have a peer-reviewed, expert checklist at our fingertips.”

The original version of the checklists launched in 2010 as “Pediatric Critical Event Checklists”,  a Microsoft PowerPoint file that could be downloaded from the SPA website. Eventually, the checklists were adapted into an iPhone application as well as being translated into several languages.

Years after launch, these tools continue to be a mainstay for education, training, and critical event preparations for pediatric anesthesiologists and perioperative staff. A 2017 study found that in a three-month period of 2014, the app was accessed more than 4,000 times in 108 countries.

This year, the organizers of the joint SPA and American Academy of Pediatrics (AAP) meeting invited Dr. Heitmiller to moderate a panel that included talks on the launch of Pedi Crisis App 2.0 and its subsequent revisions. The newest edition of the Critical Events Checklists adds critical components including an updated smartphone app available for both the iPhone and Android, and the latest peer-reviewed content.

Pedi Crisis 2.0 also takes into account how people access and use the tool by incorporating elements that address human factors. The development team brought in  NASA senior research psychologist, Barbara Burian, Ph.D., to help make the content as intuitive as possible for quick access, accurate presentation, and recollection, even in a crisis. And, as Dr. Heitmiller points out, because pulling out a cell phone isn’t always the most realistic option in a sterile operating room environment, the content is always available for free outside of the mobile platform in a downloadable format on the SPA website so it can be accessed on any computer screen in any location.

Staying one step ahead of deadly Ebola
Scroll to top