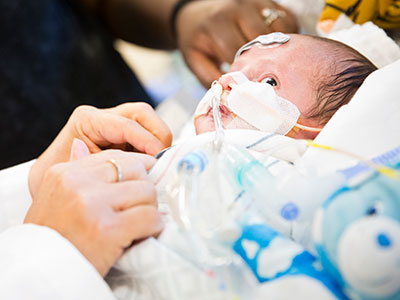 The goal of the study will be to optimize brain development in babies with congenital heart disease (CHD) who sometimes demonstrate delay in the development of cognitive and motor skills. This can be a result of multiple factors including altered prenatal oxygen delivery, brain blood flow and genetic factors associated with surgery including exposure to the heart lung machine.

The award will be used to complete three specific aims of a Phase 1 safety study as described in the NIH grant:

“NIH supported studies in our laboratory have shown that MSC therapy may be extremely helpful in improving brain development in animal models after cardiac surgery,” says Dr. Ishibashi. “MSC infusion can help reduce inflammation including prolonged microglia activation that can occur during surgery that involves the heart lung machine.”

In addition the researchers’ studies have demonstrated that cell-based intervention can promote white matter regeneration through progenitor cells, restoring the neurogenic potential of the brain’s own stem cells that are highly important in early brain development.

The Phase 1 clinical trial is being implemented in two stages beginning with planning, regulatory documentation, training and product development. During the execution phase, the trial will focus on patient enrollment. Staff from the Cellular Therapy Laboratory, led by director Patrick Hanley, Ph.D., manufactured the BM-MSC at the Center for Cancer and Immunology Research, led by Dr. Bollard. The Advanced Pediatric Brain Imaging Laboratory, led by Catherine Limperopoulos, Ph.D., will perform MR imaging.

The phase 1 safety study will set the stage for a phase 2 effectiveness trial of this highly innovative MSC treatment aimed at reducing brain damage, minimizing neurodevelopmental disabilities and improving the postoperative course in children with CHD. The resulting improvement in developmental outcome and lessened behavioral impairment will be of enormous benefit to individuals with CHD. 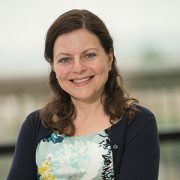 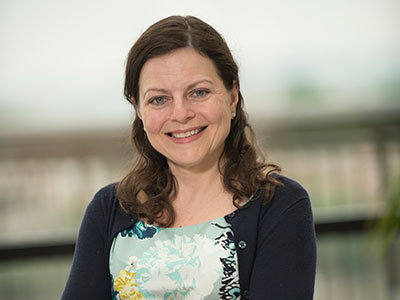 Research published online Dec. 13, 2017, by The Lancet Haematology and co-led by Kirsten M. Williams, M.D., suggests that a new imaging agent can safely show engraftment as early as days after transplant – giving a helpful and hopeful preview to patients and their doctors.

Leukemia can be a terrifying diagnosis for the more than 60,000 U.S. patients who are told they have this blood cancer every year. But the treatment for this disease can be just as frightening. For patients with certain forms of leukemia, the only chance they have for a cure is to receive a massive dose of radiation and chemotherapy that kills their hematopoietic stem cells (HSCs), the cells responsible for making new blood, and then receive new HSCs from a healthy donor.

While patients are waiting for these new cells to go to the bone marrow factory and begin churning out new blood cells, patients are left without an immune system. Devoid of working HSCs for two to four weeks – or longer, if a first transplant doesn’t take – patients are vulnerable to infections that can be just as deadly as their original cancer diagnosis.

“As you head into week three post-transplant and a patient’s cell counts remain at zero, everyone starts to get nervous,” Dr. Williams says. The longer a patient goes without an immune system, the higher the chance that they’ll develop a life-threatening infection. Until recently, Dr. Williams says, there has been no way beyond those daily blood tests to assess whether the newly infused cells have survived and started to grow early healthy cells in the bone marrow, a process called engraftment.

A new study could change that paradigm. Research published online Dec. 13, 2017, by The Lancet Haematology and co-led by Dr. Williams suggests that a new imaging agent can safely show engraftment as early as days after transplant – giving a helpful and hopeful preview to patients and their doctors.

The study evaluated an investigational imaging test called 18F-fluorothymidine (18F-FLT). It’s a radio-labeled analogue of thymidine, a natural component of DNA. Studies have shown that this compound is incorporated into just three white blood cell types, including HSCs. Because it’s radioactive, it can be seen on various types of common clinical imaging exams, such as positron emission tomography (PET) and computed tomography (CT) scans. Thus, after infusion, the newly infused developing immune system and marrow is readily visible.

To see whether this compound can readily and safely visualize transplanted HSCs, Dr. Williams and colleagues tested it on 23 patients with various forms of high-risk leukemia.

After these patients received total-body irradiation to destroy their own HSCs, they received donor HSCs from relatives or strangers. One day before they were infused with these donor cells, and then at five or nine days, 28 days, and one year after transplantation, the patients underwent imaging with the novel PET/and CT scan imaging platform.

Each of these patients had successful engraftment, reflected in blood tests two to four weeks after their HSC transplants. However, the results of the imaging exams revealed a far more complicated and robust story.

With 18F-FLT clearly visible in the scans, the researchers saw that the cells took a complex journey as they engrafted. First, they migrated to the patients’ livers and spleens. Next, they went to the thoracic spine, the axial spine, the sternum, and the arms and legs. By one year, most of the new HSCs were concentrated in the bones that make up the trunk of the body, including the hip, where most biopsies to assess marrow function take place.

Interestingly, notes Dr. Williams, this pathway is the same one that HSCs take in the fetus when they first form. Although experimental model research had previously suggested that transplanted HSCs travel the same route, little was known about whether HSCs in human patients followed suit.

The study also demonstrated that the radiation in 18F-FLT did not adversely affect engraftment. Additionally, images could identify success of their engraftments potentially weeks faster than they would have through traditional blood tests – a definite advantage to this technique.

“Through the images we took, these patients could see the new cells growing in their bodies,” Dr. Williams says. “They loved that.”

Besides providing an early heads up about engraftment status, she adds, this technique also could help patients avoid painful bone marrow biopsies to make sure donor cells have taken residence in the bones or at the very least help target those biopsies. It also could be helpful for taking stock of HSCs in other conditions, such as aplastic anemia, in which the body’s own HSCs fade away. And importantly, if the new healthy cells don’t grow, this test could signal this failure to doctors, enabling rapid mobilization of new cells to avert life-threatening infections and help us save lives after transplants at high risk of graft failure.

“What happens with HSCs always has been a mystery,” Dr. Williams says. “Now we can start to open that black box.” 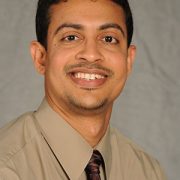 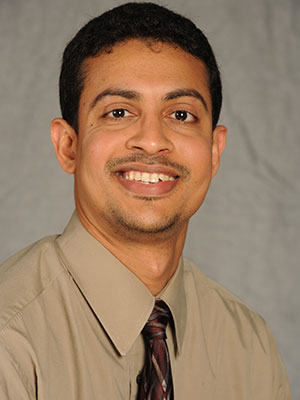 Children’s National Health System is proud to be the home of some of the world’s leading hematology experts, including Allistair Abraham, M.D., blood and marrow transplantation specialist within the Center for Cancer and Blood Disorders, who was recently selected to participate in the American Society of Hematology-Harold Amos Medical Faculty Development Program (ASH-AMFDP). Designed to increase the number of underrepresented minority scholars in the field of hematology, the ASH-AMFDP has awarded Dr. Abraham $420,000 that includes an annual stipend and research grant over the next four years. Here, Dr. Abraham tells us more about his research and what it means for the future of patients with sickle cell disease.

Q: What does this award mean to you?
A: This award comes at a critical time in my early career as I learn how to become an independent grant-funded researcher. It gives me an opportunity to dedicate 70 percent of my time to research for the next four years, during which I will hone my research skills and have access to highly accomplished mentors at Children’s National and from the ASH-AMFDP faculty.

Q: Your research for this grant focuses on improving curative hematopoietic stem cell transplantation for sickle cell disease. Why do they need to be improved?

A: Sickle cell disease causes significant health problems for children, which can worsen as they become adults, and even shorten their lifespan. Curative therapies to date are limited for many patients since most do not have a suitably matched donor for a curative bone marrow transplant. Many of us in the field hope we can provide a safe option for as many patients as possible so they can be cured in childhood and not have to face the negative impacts of the disease as they grow older.

Q: You will also be evaluating virus-specific T-cell (VST) recovery after transplantation. What will this mean for patients?

A: As we explore more transplant donor options such as unrelated donors and mismatched family donors, we have observed delayed immune system recovery. Viral infections are particularly problematic, as they can be life-threatening and respond poorly to available medications. Ultimately, a recovered immune system would address the infection problem. We hope to generate immune cells that are protective against viruses from the transplant donor and give them to patients as part of their transplant procedure.

Q: How do you envision your research improving the future of treatment for sickle cell patients?

A: My hope is that we get closer to having a safer transplant option for most patients who, despite optimal therapy, continue to suffer from complications of sickle cell disease. Ideally, these transplants would not only be widely available, but the treatment would also be simplified to the point where most of the therapy could take place in an outpatient setting.

Q:  Why did you decide to work in this field?

A:  Sickle cell disease has lagged behind other disorders in terms of new treatment strategies for quite some time. I experienced this as a medical trainee and struggled when parents would ask me to “do something” for their child when most of the time all I could offer was pain medication. In the last five years or so, there has been more focus on sickle cell disease from the field and the community, so now is the time to work toward developing a widely available cure.

In early December 2017, more than 25,000 attendees from around the world, including several experts from Children’s National Health System, convened in Atlanta for the American Society of Hematology’s annual meeting and exposition, the world’s premiere hematology event. For four days, physicians, nurses and other healthcare professionals attended sessions, listened to speakers and collaborated with each other, focusing on enhancing care and treatment options for patients with blood disorders and complications, including leukemia, sickle cell disease and transplants.

As nationally recognized leaders in the field, the Children’s National team led educational sessions and gave keynote speeches highlighting groundbreaking work underway at the hospital, which sparked engaging and productive conversations among attendees. Highlights from the team include: