Earlier this month, ReveraGen BioPharma announced an exclusive option agreement with Actelion Ltd for lead compound vamorolone, a non-hormonal steroid modulator that is primarily used for the treatment of Duchenne Muscular Dystrophy (DMD). ReveraGen, the first Children’s National private spin-off company, is engaged in the discovery and development of proprietary therapeutic products for neuromuscular and inflammatory diseases.

Under the terms of the license agreement, Actelion and ReveraGen will partner to research and co-develop the novel compound vamorolone, which holds the potential to preserve muscle function and prolong ambulation in DMD patients, without some of the side effects that are commonly associated with glucocorticoid therapy. Those commonly associated include growth stunting and immune suppression, which can pose significant challenges for very young patients.

ReveraGen completed Phase I clinical trials for vamorolone in late 2015, and a Phase IIa program is currently underway to investigate the safety and efficiency of vamorolone in male DMD patients between four and seven years of age who have not taken deflazacort or prednisone. A Phase IIb program is also in early planning stages.

ReveraGen Co-Founder and CEO Eric Hoffman, PhD, has worked on DMD since the late 1980’s and has led his own research group for nearly 20 years at Children’s National. He co-founded ReveraGen back in 2008 with John McCall, PhD and Kanneboyina Nagaraju, PhD, DVM, before being named CEO in 2014. Children’s National maintains a 38 percent stake in ReveraGen. 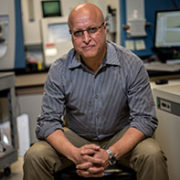 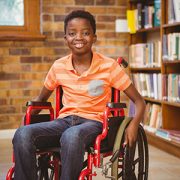 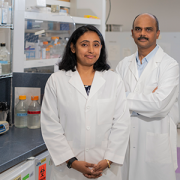