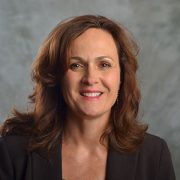 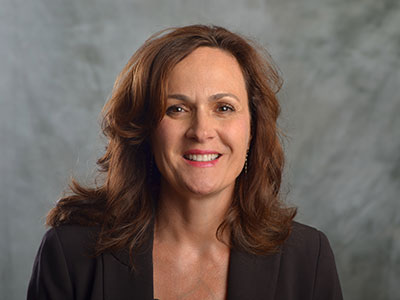 When a child is born with urogenital differences, the chromosomes, internal organs or external genitalia are considered to be atypical. While these differences were once thought to be rare, they are more common than people realize, with about 1 in 100 newborns affected.

The complexities of caring for children with urogenital differences, also known as differences of sex development (DSD), were not fully understood for many years. In the past, if a child was born with DSD, the family would see an endocrinologist for hormone therapy and a urologist for surgical options. Counseling was not part of the standard of care, so there was little support available to help families understand the tremendous psychosocial impacts of DSD.

In the last decade, fundamental changes have occurred in the way physicians care for children affected by DSD, with psychosocial health becoming a prominent focus. Veronica Gomez-Lobo, M.D., a Children’s National pediatric and adolescent gynecologist, was one of the physicians who embraced this focus and sought out a new care paradigm for her patients.

Dr. Gomez-Lobo brought together a multidisciplinary team – including medical geneticist Eyby Leon Janampa, M.D., geneticist Eric Vilain, M.D., Ph.D., urologist Daniel Casella, M.D., endocrinologist Kim Shimy, M.D., psychiatrist David Call, M.D., and psychologist Elaine Goldberg, Ph.D. – to form the Positive Reevaluation of Urogenital Differences (PROUD) Clinic. It can be very challenging to bring together diverse specialists in a complex area like DSD, but her team possesses a similar philosophy – to care for the whole family by managing both the psychosocial and medical aspects of care in one location.

The team meets before each clinic to discuss the patients they will see that day. Patients vary significantly by the type of DSD and also by age – some patients are still in utero, while others may be newborns, children, adolescents or even occasionally adults.

Families see the entire team during their appointment, which can often last two to three hours to ensure that families receive the full support resources offered by the team.

“Even in difficult cases without a clear answer, we present the facts we know to the families, discussing all possibilities about psychosocial issues, gender identity, sexuality, function and fertility,” says Dr. Gomez-Lobo.

Long after the initial appointment, the PROUD Clinic continues to work closely with families and individual providers, following up as needed for medical diagnosis and care and providing continued psychosocial support with the entire team. Due to the efforts of the PROUD Clinic, patients and their families are now receiving compassionate care that looks at all facets of DSD, from childhood through adulthood.

In order to give her patients the most thorough understanding of DSD and to expand the medical community’s knowledge, Dr. Gomez-Lobo’s program also participates in the Disorders of Sex Development Translational Research Network (DSD-TRN), which is led by Dr. Vilain. Supported by the National Institutes of Health (NIH), the DSD-TRN provides physicians across the country with the ability to perform research to advance knowledge regarding these conditions, as well as learn how to improve the care of these individuals and families. The DSD-TRN also provides a forum to seek advice about complex cases and to communicate how to transition patients from pediatric to adult medicine.

The relationship with the DSD-TRN helps the PROUD Clinic team further their goal of creating care for their patients that is current, individualized and compassionate. 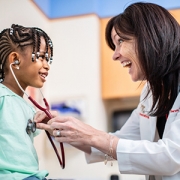 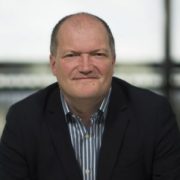 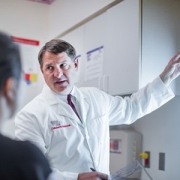 Mechanically-assisted circulation for the failing Fontan
Scroll to top