A collaborative team of doctors and researchers at Children’s National Health System today announced the launch of the Open DIPG Initiative through the Children’s Brain Tumor Tissue Consortium (CBTTC).

The primary goals for the project will be to generate DIPG Omics which will help decipher major molecular characteristics of diffuse intrinsic pontine glioma (DIPG). Specifically, these will include genomics, proteomics, transcriptomics and epigenomics for primary analyses, centralize all DIPG Omics for secondary analyses, integrate the new DIPG data and unify DIPG expertise (data scientists, researchers, new talent, etc.) to analyze the DIPG genomic data.

CBTTC Scientific Co-Chairs Javad Nazarian, Ph.D., MSC, principal investigator, and Adam Resnick, Ph.D., have played important roles in establishing the Open DIPG Initiative. They hope that the Open DIPG Initiative will serve as a model for centralized disease-specific efforts that will bring research findings one step closer to clinical translation.

Pediatric brain tumors are the leading cause of disease-related death in children. Unlike many adult cancers, the causes of pediatric brain tumors remain largely unknown, and common therapies have remained mostly unchanged over the last four decades. To address these challenges, clinicians and researchers have embraced the emergence of sequencing technologies and deep molecular characterization of tumors to define novel, targeted approaches and individualized therapies.

However, harnessing such data-driven approaches has been a challenge due to limited accessibility to datasets and shared discovery platforms that can empower large-scale integration of datasets for worldwide access and cross-disease analyses.

As a part of this initiative, the Open DIPG Initiative has collected, generated and annotated the largest cohort of DIPG genome data to date. Specifically, these datasets contain more than 1,000 genomes associated with pediatric high-grade gliomas, with over 500 DIPG cases. The Open DIPG has been a part of a larger effort known as the Pediatric Brain Tumor Atlas, which aims to uncover the molecular basis of childhood cancers.

“The combination of consortia-based initiatives, partnerships with foundations and new discovery platforms being announced today, with the support of the National Institutes of Health (NIH), provides for entirely new and transformative ways of doing science on behalf of children with brain tumors,” said Adam Resnick, Ph.D., principal investigator of the Kids First DRC.

The Open DIPG initiative will be launched as a part of the Pediatric Brain Tumor Atlas and has been funded by families as well as the NIH Gabriella Miller Kids First Act fund. The fund was launched in 2015 and named after Gabriella Miller, a former patient at Children’s National who lost her life to DIPG. 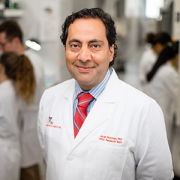 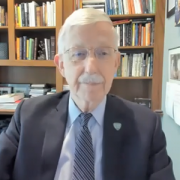 Do plastic chemicals contribute to the sudden death of patients on dialysis...