Denice Cora-Bramble, M.D., M.B.A., Chief Medical Officer and Executive Vice President of Ambulatory and Community Health Services at Children’s National Health System, was named to the 2016 list of Women Who Mean Business by the Washington Business Journal. Dr. Cora-Bramble was among a select group of Washington, DC, metropolitan area women who were honored Oct. 13 for having made a significant impact on their community, using their leadership skills and professional accomplishments to break down barriers.

“I am honored to work along-side Dr. Cora-Bramble on a daily basis, and it comes as no surprise to me that she’s being recognized as one of the Washington Business Journal’s Women Who Mean Business. As one of our two Chief Medical Officers, Dr. Cora-Bramble is a crucial component of this organization, and I am so proud to see her honored for her leadership and commitment to our patients,” said Kurt Newman, M.D., President and CEO of Children’s National.

Dr. Cora-Bramble has worked at Children’s National for 14 years in various roles, including overseeing the Diana L and Steven A. Goldberg Center for Community Pediatric Health before she took on the role of Chief Medical Officer of Ambulatory and Community Health Services in 2013. She is a Professor of Pediatrics at the George Washington University School of Medicine and Health Sciences and a Diplomate of the American Board of Pediatrics.

Dr. Cora-Bramble completed her medical and pediatric residency training at Howard University and a Master in Business Administration with a concentration in Medical Services Management from Johns Hopkins University. She has held several leadership positions at the George Washington University Medical Center and the U.S. Department of Health and Human Services. 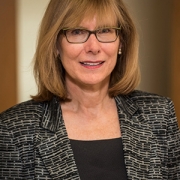 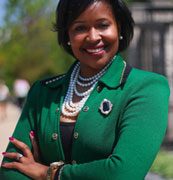 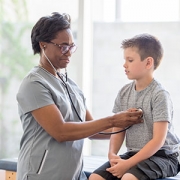