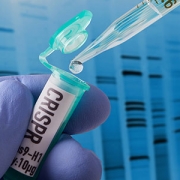 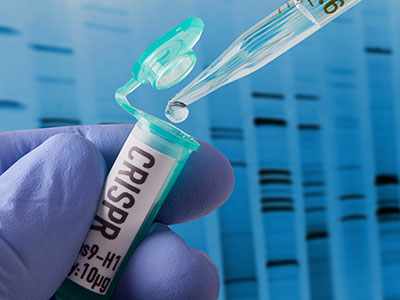 Protein-coding genes comprise a mere 1% of DNA. While the other 99% of DNA was once derided as “junk,” it has become increasingly apparent that some non-coding genes enable essential cellular functions.

Wei Li, Ph.D., a principal investigator in the Center for Genetic Medicine Research at Children’s National in Washington, D.C., proposes to develop statistical and computational methods that sidestep existing hurdles that currently complicate genome-wide CRISPR/Cas9 screening. The National Institutes of Health has granted him $2.23 million in funding over five years to facilitate the systematic study of genes, non-coding elements and genetic interactions in various biological systems and disease types.

Right now, a large volume of screening data resides in the public domain, however it is difficult to compare data that is stored in one library with data stored at a different library. Over the course of the five-year project, Li aims to:

“There is abundant information already available in the public domain, like the Project Achilles  from the Broad Institute. However, no one is looking to see what is going in inside these tumors,” Li says. “Cancer is a disease of uncontrolled cell growth that makes tumors grow faster.”

Li and colleagues are going to ask which genes control this process by looking at genes that hit the brakes on cell growth as well as genes that pump the gas.

“You knock out one gene and then look: Does the cell grow faster or does it grow more slowly? If the cell grows more slowly, you know you are knocking out a gene that has the potential to stop tumor growth. If cells are growing faster, you know that you’re hitting genes that suppress cancer cell growth.”

In a nutshell, CRISPR (clustered regularly interspaced short palindromic repeats) screens knock out different genes and monitor changes in corresponding cell populations. When CRISPR first became popular, Li decided he wanted to do something with the technology. So, as a Postdoc at Harvard, he developed comprehensive computational algorithms for functional screens using CRISPR/Cas9.

To reach as many people as possible, he offered that MAGeCK/MAGeCK-VISPR software free to as many researchers as possible, providing source code and offering internet tutorials.

“So far, I think there are quite a lot of people using this. There have been more than 40,000 software downloads,” he adds. “It’s really exciting and revolutionary technology and, eventually, we hope the outcomes also will be exciting. We hope to find something really helpful for cancer patients.”

Research reported in this publication was supported by the National Human Genome Research Institute of the National Institutes of Health under award number R01HG010753. 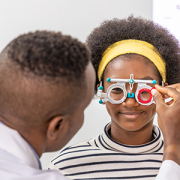