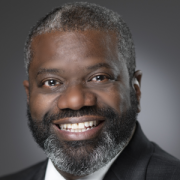 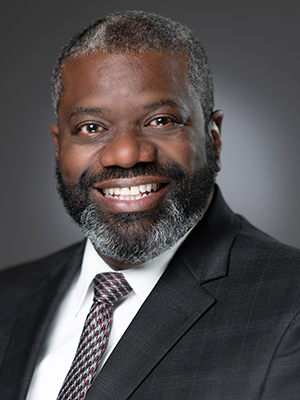 Recognized for his transformational and innovative leadership and his impactful work in the areas of diversity and inclusion, Tommie L. Robinson, Jr., Ph.D., CCC-SLP, division chief of Hearing and Speech at Children’s National Hospital, received the 2021 American Speech-Language-Hearing Association (ASHA) Honors award.

ASHA recognizes members for their distinguished contributions to the discipline of communication sciences and disorders and is the highest honor that the more than 218,000 member organization bestows. The Honors of the Association award recognizes the contributions of individuals of such excellence that have enhanced or altered the course of the profession.

Dr. Robinson was nominated for his transformational and innovative leadership, his work in the areas of diversity and inclusion, and his mentorship over his career. Dr. Robinson is one of the earliest researchers to examine the characteristics of fluency and disfluencies in Blacks. His unique work laid the foundation for his later efforts in the application of that knowledge to intervention in Black children who stutter. Dr. Robinson’s work continues to serve as the primary contribution to the science of the discipline in this area.

Throughout his career, Dr. Robinson has served many leadership roles including: being elected and serving as the first Black male president of ASHA; leadership roles with the District of Columbia Speech-Language-Hearing Association (DCSHA) and his work with the National Black Association for Speech Language and Hearing (NBASLH); the American Speech-Language-Hearing Foundation (ASH Foundation); and the International Association of Logopedics and Phoniatrics (IALP).  Throughout his leadership roles, Dr. Robinson has always been an innovative leader on issues of diversity and empowerment and he noted he is “honored to be recognized by my peers.”

In commenting about Dr. Robinson’s leadership, Patricia Prelock, Ph.D., former ASHA President and Provost/Senior Vice President at the University of Vermont, commented, “He initiated discussions on the importance of and value in developing new leaders.” She further recognized his commitment to ensuring the ASHFoundation sparks innovation while investing in researchers and clinicians.

Dr. Robinson is also respected for his leadership and his mentorship within Children’s National Hospital, where he has been since 1987.  Beginning as a speech-language pathologist, he was later promoted to coordinator of speech-language pathology and then as director of the Scottish Rite Center for communication disorders. Denice Cora-Bramble, M.D., chief diversity officer at Children’s National, noted, “I have been most impressed by his strong leadership skills and his ability to overcome obstacles. His affable and supportive interpersonal skills have been a pillar of strength for other colleagues, particularly to minorities in academia.”

Roger Packer, M.D., senior vice president of the Center for Neuroscience and Behavioral Medicine at Children’s National, stated that in Dr. Robinson’s “long and stellar career, he has worked tirelessly to promote the need for early and comprehensive speech-language-hearing services for children across the Washington, D.C., region, including those from the most impoverished and financially challenged areas. He has been a champion for diversity and inclusion and has mentored many minority trainees, including Black students. He has continued to act as a role model for these trainees as they proceed in their careers.”

The 2021 ASHA Award recipients will be honored at the ASHA 2021 annual meeting held from November 18-20, 2021 in Washington, D.C. To learn about all the award recipients, visit the ASHA web site here. 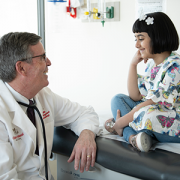 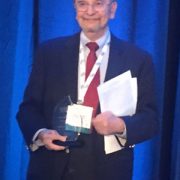 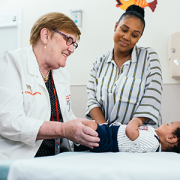