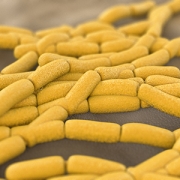 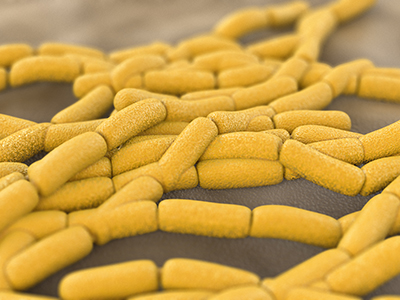 Clinicians suspect that taking probiotics, such as lactobacillus supplements, and making changes to diet may prevent urinary diseases that occur commonly among pediatric patients. A research team led by Children’s faculty is exploring whether changes in the built environment also affect the urinary microbiome.

Emerging evidence suggests that the variety and volume of bacteria that reside in the bladder – the urinary microbiome – significantly impact whether people’s genitourinary systems remain healthy or become susceptible to disease.

Already, clinicians suspect that taking probiotics and making changes to diet may prevent urinary diseases that occur commonly among pediatric patients. A research team led by Children’s faculty is exploring whether changes in the built environment also affect the urinary microbiome.

They did this by following six C57BL/6 experimental models for five months, starting from when they were nine weeks old. They collected urine specimens when the study began and repeated sample collections each month. The multidisciplinary team isolated microbial DNA from these specimens to determine the makeup of the bacterial community present in their urinary tracts.

All of the experimental models shared a single cage, drank the same water and ate the exact same chow. At four months, however, they moved the preclinical models to a different facility within the same county. Their chow and bedding remained unchanged, but the water source changed since they received tap water at both locations.

“There were no changes in the proportion of specific bacteria in the urinary microbiomes from month zero through month five, which means the urinary microbiomes of healthy experimental models remain stable over time,” says Michael Hsieh, M.D., Ph.D., a urologist at Children’s National Health System and senior author of the work presented during the Pediatric Urology Fall Conference. “However, the convergence of the Shannon Diversity Index, the clustering seen on Principal coordinate analyses and changes in functional analyses taken as a whole suggest that an overall shift of the urinary microbiome occurred due to a change in the physical environment.”

This work suggests that where patients live could influence which bacteria grow in the urinary tracts, including during urinary tract infections.