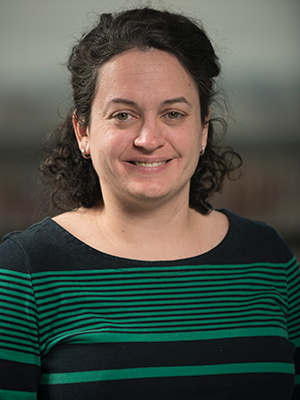 “Because the majority of patients in our analyses were injured through accidental shootings, this particular risk factor can help to inform policy makers about possible interventions to prevent future firearm injury, disability and death,” says Katie Donnelly, M.D.

Firearm injuries disproportionately impact African American young men living in Washington’s Wards 7 and 8 compared with other city wards, with nearly one-quarter of injuries suffered in the injured child’s home or at a friend’s home, according to a hot spot analysis presented during the Pediatric Academic Societies 2019 Annual Meeting.

“We analyzed the addresses where youths were injured by firearms over a nearly 12-year period and found that about 60 percent of these shootings occurred in Ward 7 or Ward 8, lower socioeconomic neighborhoods when compared with Washington’s six other Wards,” says Monika K. Goyal, M.D., MSCE, assistant chief of Children’s Division of Emergency Medicine and Trauma Services and the study’s senior author. “This granular detail will help to target resources and interventions to more effectively reduce firearm-related injury and death.”

Of all injuries suffered by children, injuries due to firearms carry the highest mortality rates, the study authors write. About 3 percent of patients in Children’s study died from their firearm-related injuries. Among surviving youth:

“Regrettably, firearm injuries remain a major public health hazard for our nation’s children and young adults,” adds Katie Donnelly, M.D., emergency medicine specialist and the study’s lead author. “Because the majority of patients in our analyses were injured through accidental shootings, this particular risk factor can help to inform policy makers about possible interventions to prevent future firearm injury, disability and death.”

Other Children’s research related to firearms presented during PAS 2019 includes: 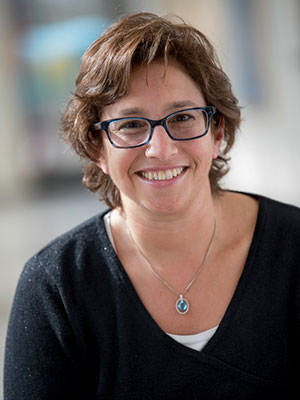 “As a community-focused health system, one of our central missions is to train a new generation of residents to create successful community partnerships and integrate public health concepts into the everyday practice of medicine to improve the health of underserved communities,” says Cara Lichtenstein, M.D., MPH.

The Children’s National Community Health Track (CHT) has been recognized by the Academic Pediatric Association with its prestigious Teaching Program Award. The honor was made public at the Pediatric Academic Societies (PAS) annual meeting on May 7, 2018 in Toronto, Ontario. The purpose of the award is to foster interest in the teaching of general pediatrics by giving national recognition to an outstanding general pediatric program. The PAS selection committee chose Children’s CHT for demonstrating excellence in educational teaching methods, acceptance by the community, its adaptability and the outstanding quality of residents trained in the program.

“As a community-focused health system, one of our central missions is to train a new generation of residents to create successful community partnerships and integrate public health concepts into the everyday practice of medicine to improve the health of underserved communities,” says Cara Lichtenstein, M.D., MPH and director of Children’s Community Health Track.

Children’s CHT focuses on underserved populations and the development of skills in health policy, advocacy and community healthcare delivery. Residents spend their outpatient time learning to use public health techniques to identify and address community health needs, becoming a physician advocate and learning more about the sociocultural determinants of health and health disparities. Training for CHT is integrated with Children’s overall pediatrics residency program to ensure excellence in attainment of clinical skills, and to allow residents the opportunity to work with Children’s top-rated primary care, specialty and hospital-based physicians and care teams.

This is the third time in recent years that Children’s National has been honored by the Academic Pediatric Association. In 2013, Mary Ottolini, M.D., MPH and vice chair of medical education was recognized for her leadership of Children’s Master Teacher Leadership Development program. In 2009, Denice Cora-Bramble, M.D., MBA accepted the APA Health Care Delivery Award for the Goldberg Center for Community Pediatric Health at Children’s National.

Children’s offers up to eight residency positions each year designated as Community Health Track positions. The goals of the track are centered on the core competencies of community pediatrics as described by the American Academy of Pediatrics. Primarily to train residents to:

“Washington, D.C. is an incredibly diverse community with large numbers of vulnerable children and families from D.C. and all over the world. Given our location in our nation’s capital, residents and faculty have the unique opportunity to work with national professional and advocacy organizations that are influencing policy – both locally and nationally – as it relates to children, families and health care,” says Mark Weissman, M.D., chief of general pediatrics and community health at Children’s National. “We’re thrilled to be recognized with the Academic Pediatric Association’s Teaching Program Award and grateful to Dr. Lichtenstein for her leadership and commitment to improving the health of D.C.’s children and training the next generation of pediatricians and advocates.” 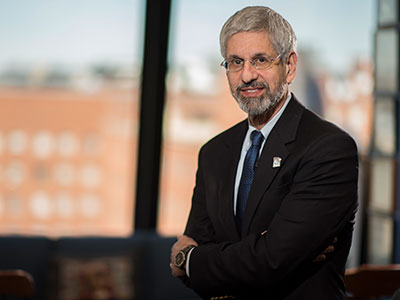 Gene therapy – delivering genetic material into patients’ cells as a way to treat or cure their diseases – has immense promise to alleviate or end many lifelong and deadly conditions. This treatment has so much potential that it was a heavy focus of research and research dollars around the world in the 1980s and 1990s.

However, many of these efforts came to a screeching halt in 1999 when a teenaged patient named Jesse Gelsinger died in a gene therapy trial aimed at curing a disease called ornithine transcarbamylase deficiency, a urea cycle disorder. Gelsinger’s death triggered a number of investigations, halted gene therapy trials in the United States, and severely restricted financial support from federal, foundation and industry funders.

The tragedy also spurred Mark L. Batshaw, M.D., one of the clinical trial investigators and newly named Chief Academic Officer at Children’s National Health System, to turn in his resignation. The chief executive at the time declined to accept it, instead naming an outside panel to investigate Dr. Batshaw’s role in a study marred by conflicts of interest, delays in updating patient consent forms, lack of adherence to the study protocol and ineffective team leadership.

As Dr. Batshaw passed the gavel to the next president of the American Pediatric Society during the Pediatric Academic Societies’ annual meeting this spring, he told attendees of his Presidential Address that “not a day goes by that I don’t think of Jesse Gelsinger and his family and hope that the work our team has continued will honor him by eventually achieving success with gene therapy.” In an act of altruism, 18-year-old Jesse Gelsinger had joined the trial with the aim of helping other kids suffering from metabolic disorder.

Dr. Batshaw recognizes that his is an unusual choice, speaking about his “greatest professional failure” when predecessors have used their addresses to speak exclusively about scientific accomplishments.

“Because I was a principal, I think telling this story first of all says, hey look, this guy who is president of this organization, who has had a significant career, is willing to talk openly about a failure and how he dealt with it and how the field dealt with that failure,” Dr. Batshaw says. “Secondly, the field of gene therapy right now is starting to explode. It’s telling two different stories in an integrated way: One is of a great personal failure – and failure of an entire field. And the recovery from that, and what the future will be for a technology that holds great promise.”

More than 1,000 gene therapy trials are currently underway, 23 of them at Phase III, the pivotal stage that makes or breaks approval by the Food and Drug Administration (FDA). Dr. Batshaw estimates about a dozen of those are likely to demonstrate robust enough results to progress to a formal application for FDA approval. “After a period of virtually no growth in gene therapy trials from 2000 to 2013, there has been a marked upswing in the past two to three years,” he says.

Children’s National is a study site for one of those clinical trials, a Phase I/II adenoassociated virus (AAV)-mediated gene therapy for late-onset ornithine transcarbamylase (OTC) deficiency. Children with urea cycle disorders have enzyme deficiencies that leave them unable to adequately dispose of waste nitrogen. Often as newborns, they develop severely elevated ammonia in their brains leading to encephalopathy, an often fatal condition. The Phase I work will test escalating doses in three patients for safety. The Phase II work will explore whether the gene therapy improves outcomes like lowering ammonia levels and improving patients’ ability to convert ammonia to urea. (A precursor study in an experimental model was among the most impactful research papers published by Children’s National authors in 2016.)

“So, for both our group’s program – and viral-delivered gene therapy in general – there has been a rebirth after the disastrous outcome of the initial adenovirus trial in OTC deficiency,” Dr. Batshaw said in his prepared remarks. “This resurgence has likely been fueled by improved viral vectors, especially AAVs, and an improved economy and industry investment. The future of gene therapy is likely to be enhanced by new genetic therapy platforms including RNA interference as a means of vertically transmitted gene regulation and the CRISPR gene-editing technology. It will also be impacted by the results of the trials that will be completed in the next few years, especially those using AAV vectors in hemophilia A and B, spinal muscular atrophy and leukemia.”

Looking forward 10 years, Dr. Batshaw is hopeful that gene therapy will become part of the therapeutic tools routinely used to help patients who suffer from rare disease and cancer. Making that next leap forward will be powered by innovative research, including work by colleagues at Children’s National. Among the presenters at PAS2017, the world’s largest pediatric research meeting, were more than 100 Children’s presenters, speakers and moderators.

“It makes me very proud that there are so many clinicians who are also scientists who are not satisfied with simply doing things the way they have always been doing it but constantly questioning how can we do things better for our children?” Dr. Batshaw says. “Our whole focus at Children’s National is caring for children, and that means caring for them the very best way possible and not being satisfied with current therapy if it’s not curative.”