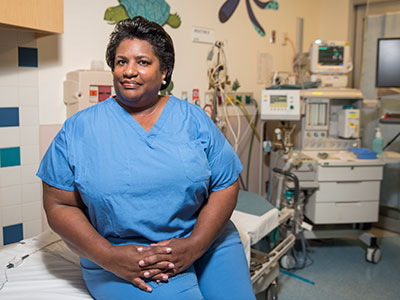 “We are making progress in expanding the number of medicines with pediatric labeling, but we need to do more concerning providing dosing guidelines for children with obesity,” says Janelle D. Vaughns, M.D., director of bariatric anesthesia at Children’s National and the lead study author.

Despite years of study and numerous public health interventions, overweight and obesity continue to grow in the U.S. Currently, more than two-thirds of adults have these issues, according to data from the Centers for Disease Control and Prevention. Children and adolescents also are being affected at an increasing rate: About one in five is obese. Obesity and overweight have been linked with a bevy of health problems, including Type 2 diabetes, high blood pressure, coronary heart disease and stroke.

Additionally, because obesity increases the percentage of fat tissue in relation to lean tissue and enlarges kidney size, it can affect how readily the body takes up, metabolizes and excretes medicines.

This latter issue can be particularly problematic in children, a population for whom relatively few drug studies exist. Now, a study team that includes Children’s National Health System researchers suggests that, despite the U.S. Congress providing incentives to drug manufacturers to encourage the study of medications in children, few approved drugs include safe dosing information for obese kids.

The study, performed in conjunction with the Food and Drug Administration’s (FDA) Center for Drug Evaluation and Research, surveyed pediatric medical and clinical pharmacology reviews under the FDA Amendments Act of 2007 and the FDA Safety and Innovation Act of 2012. The researchers used search terms related to weight and size to determine the current incorporation of obesity as a covariate in pediatric drug development.

Of the 89 product labels identified, none provided dosing information related to obesity. The effect of body mass index on drug pharmacokinetics was mentioned in only four labels, according to the study “Obesity and Pediatric Drug Development,” published online Jan. 19, 2018, in The Journal of Clinical Pharmacology.

“We are making progress in expanding the number of medicines with pediatric labeling, but we need to do more concerning providing dosing guidelines for children with obesity,” says Janelle D. Vaughns, M.D., director of bariatric anesthesia at Children’s National and the lead study author. “Moving forward, regulators, clinicians and the pharmaceutical industry should consider enrolling more obese patients in pediatric clinical trials to facilitate the safe and effective use of the next generation of medicines by obese children and adolescents.”

Research reported in this news release was supported by the Eunice Kennedy Shriver National Institute of Child Health and Human Development of the National Institutes of Health under award number 5T32HD087969.