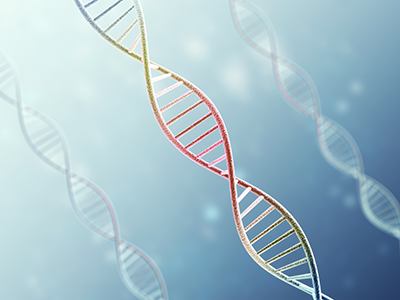 Brian Rood, M.D., oncologist and medical director at the Brain Tumor Institute, and Harold “Skip” Garner, Ph.D., associate vice provost for research development at Edward Via College of Osteopathic Medicine, published a report in the Society for Neuro-Oncology’s Neuro-Oncology Journal about using a novel approach to identify specific markers in germline (non-tumor) DNA called microsatellites that can differentiate children who have the brain tumor medulloblastoma (MB) from those who don’t.

“Ultimately, the best way to save children from brain tumors and prevent them from bearing long-term side effects from treatment is to prevent those tumors from occurring in the first place,” says Dr. Rood. “New advancements hold the potential to finally realize the dream of cancer prevention, but we must first identify those children at-risk.”

While analyzing germline sequencing data from a training set of 120 MB subjects and 425 controls, the doctors identified 139 individual microsatellites whose genotypes differ significantly between the groups. Using a genetic algorithm, they were able to construct a subset of 43 microsatellites that distinguish MB subjects from controls with a sensitivity and specificity of 92% and 88% respectively.

“We made discoveries in an untapped part of the human genome, enabled by unique bioinformatics data mining approaches combined with clinical insight,” said Dr. Garner. “Our findings establish new genomic directions that can lead to high accuracy diagnostics for predicting susceptibility to medulloblastoma.”

What the doctors discovered and demonstrated in the study was that MB-specific germline microsatellite variations mark those at risk for MB development and suggest that other mechanisms of cancer predisposition beyond heritable mutations exist for MB.

“This work is the first to demonstrate the ability of specific DNA sequences to differentiate children with cancer from their healthy counterparts,” added Dr. Rood. 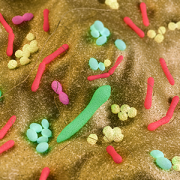 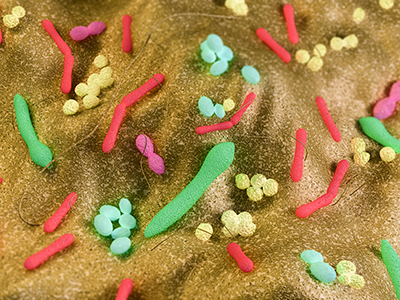 Back in 2015, an interdisciplinary group of research scientists made their case during a business pitch competition: They want to create a subscription-based service, much like 23andMe, through which people could send in samples for detailed analyses. The researchers would crunch that big data fast, using a speedy algorithm, and would send the consumer a detailed report.

But rather than ancestry testing via cheek swab, the team sought to determine the plethora of diverse bacterial species that reside inside an individual’s gut in their ultimate aim to improve public health.

Hiroki Morizono, Ph.D., a member of that team, contributed detailed knowledge of Bacteroides, a key organism amid the diverse array of bacterial species that co-exist with humans, living inside our guts. These symbiotic bacteria convert the food we eat into elements that ensure their well-being as well as ours.

“Trillions of bacteria live in the gut. Bacteroides is one of the major bacterial species,” says Morizono, a principal investigator in the Center for Genetic Medicine Research at Children’s National in Washington, D.C. “In our guts they are usually good citizens. But if they enter our bloodstream, they turn evil; they’re in the wrong place. If you have a bacteroides infection, the mortality rate is 19%, and they resist most antibiotic treatments.”

The starting point for their project – as well as step one for better characterizing the relationship between gut bacteria and human disease – is taking an accurate census count of bacteria residing there.

In a paper published Sept. 11, 2019, in PLOS ONE, a multi-institutional research team led by George Washington University (GW) faculty did just that, finding 157 different types of organisms (eight phyla, 18 classes, 23 orders, 38 families, 59 genera and 109 species) living inside the guts of healthy volunteers.

The study participants were recruited through flyers on the GW Foggy Bottom campus and via emails.  They jotted down what they ate and drank daily, including the brand, type and portion size. They complemented that food journal by providing fecal samples from which DNA was extracted. Fifty fecal metagenomics samples randomly selected from the Human Microbiome Project Phase I research were used for comparison purposes.

“The gut microbiome inherently is really, really cool. In the process of gathering this data, we are building a knowledge base. In this paper, we’re saying that by looking at healthy people, we should be able to establish a baseline about what a normal, healthy gut microbiome should look like and how things may change under different conditions,” Morizono adds.

And they picked a really, really cool name for their bacteria abundance profile: GutFeelingKB.

“KB is knowledge base. Our idea, it’s a gut feeling. It’s a bad joke,” he admits. “Drosophila researchers have the best names for their genes. No other biology group can compete. We, at least, tried.”

Next, the team will continue to collect samples to build out their bacteria baseline, associate it with clinical data, and then will start looking at the health implications for patients.

“One thing we could use this for is to understand how the bacterial population in the gut changes after antibiotic treatment. It’s like watching a forest regrow after a massive fire,” he says. “With probiotics, can we do things to encourage the right bacteria to grow?” 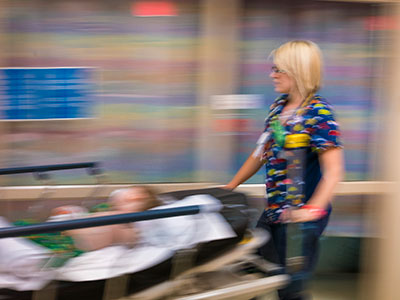 About a year and a half ago, a 6-year-old boy arrived at Children’s Emergency Department after accidently removing his own gastrointestinal feeding tube. He wasn’t a stranger to Children’s National Health System: This young patient had spent plenty of time at the hospital since birth. Diagnosed in infancy with an intestinal pseudo-obstruction, a rare condition in which his bowels acted as if there were a blockage even though one was not present, parts of his intestine died and had been removed through multiple surgeries.

Because of this issue and associated health problems, at 4 years old he had a central line placed in a large vein that leads to his heart. That replaced other central lines placed in his neck earlier after those repeatedly broke. This latest central line in his chest als0 had frequent breaks. It also had become infected with multidrug-resistant Klebsiella bacteria two years before he was treated at Children’s National for inadvertently removing his feeding tube.

“No one expected him to grow anything from these cultures, especially from a child who looked so healthy,” explains Madan Kumar, a fellow in Children’s division of Pediatric Infectious Disease and a member of the child’s care team. But a mold grew prolifically. Further investigation from a sample sent to the National Institutes of Health showed that it was a relatively new species known as Mucor velutinosus.

Because such an infection had never been reported in a child whose immune system wasn’t extremely compromised from cancer, Kumar and team decided to publish a case report. The study appeared online Jan. 24, 2018, in the Journal of the Pediatric Infectious Diseases Society.

Kumar notes that this patient faced myriad challenges. Not only did he have a central line, but the line also had numerous problems, necessitating fixes that could increase the chance of infection. Additionally, because of his intestinal issues, he had a chronic problem with malabsorption of nutrients. Patients with this issue often are treated liberally with antibiotics. Although this intervention can kill “bad” bacteria that can cause an infection, they also knock out “good” bacteria that keep other microorganisms – like fungi – in check. On top of all of this, the patient was receiving a nutrient-rich formula in his central line to boost his caloric intake, yet another factor associated with infections.

Patients who develop this specific fungal infection are overwhelmingly adults who are immunocompromised, Kumar explains, including those with diabetes, transplant recipients, patients with cancer and those who have abnormally low concentrations of immune cells called neutrophils in their blood. The only children who tend to get this infection are preterm infants of very low birth weight who haven’t yet developed a robust immune response.

Because there was only one other published case report about a child with M. velutinosus – a 1-year-old with brain cancer who had undergone a bone marrow transplant – Kumar notes that he and colleagues were at a loss as to how best to treat their patient. “There’s a paucity of literature on what to do in a case like this,” he says.

Fortunately, the treatment they selected was successful. As soon as the cultures came back positive for this mold, the patient went on a three-week course of an antifungal drug known as amphotericin B. Surgeons also removed his infected central line and placed a new one. These efforts cured the patient’s infection and prevented it from spreading and potentially causing the multi-organ failure associated with these types of infections.

This case taught Kumar and colleagues quite a bit – knowledge that they wanted to share by publishing the case report. For example, it reinforces the importance of central line care. It also highlights the value of thoroughly investigating potential problems in a patient with risk factors, even one who appears otherwise healthy.

Finally, Kumar adds, the case emphasizes the importance of good antibiotic stewardship, which can help prevent patients from developing sometimes deadly secondary infections like this one. “This is not an organism that you see growing in a 6-year-old very often,” he says. “The fact that we saw it here speaks to the need to be judicious with broad-spectrum antibiotics so that we have a number of therapeutic options should we see unusual cases like this one.”