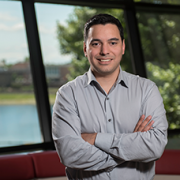 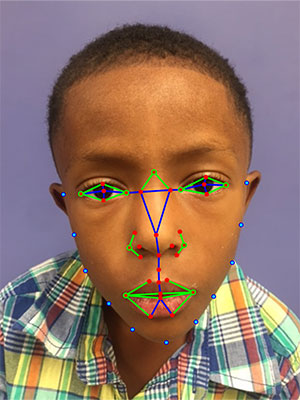 According to a new study led by the National Human Genome Research Institute (NHGRI), facial analysis technology can assist clinicians in making accurate diagnosis of 22q1.2 deletion syndrome, also known as DiGeorge syndrome. Using objective facial analysis software, developed by researchers from the Sheikh Zayed Institute for Pediatric Surgical Innovation at Children’s National, the study compared the most relevant facial features characteristic of DiGeorge syndrome in diverse populations. Based on a selection of 126 individual facial features, the researchers were able to correctly diagnose patients with the disease from different ethnic groups with 96.6 percent or higher accuracy.

“The results of the study demonstrated that the identification of rare diseases benefits from adapting to ethnic and geographic populations,” said Marius George Linguraru, D.Phil., developer of the facial analysis technology and an investigator in the study from Children’s National.

Linguraru and his team are also working on a simple tool that will enable doctors in clinics without state-of-the-art genetic facilities to take photos of their patients on a smartphone and receive instant results.

Children’s National, in partnership with the Regeneron Genetics Center (RGC, a subsidiary of Regeneron Pharmaceuticals, Inc.), has announced the launch of a major three-year research study that will examine the links between undiagnosed disease and an individual’s genetic profile.

The program, directed by Children’s National Geneticist Carlos Ferreira Lopez, M.D., and coordinated by Genetic Counselor Lindsay Kehoe, hopes to include as many as 3,000 patients in its initial year and even greater numbers in the following two years.

During the course of the study, RGC will conduct whole exome sequencing (WES) to examine the entire protein-coding DNA in a patient’s genome. Children’s National geneticists will analyze and screen for certain findings that are known to be potentially causative or diagnostic of disease. Children’s National scientists and providers will confirm preliminary research findings in a lab certified for Clinical Laboratory Improvement Amendments (CLIA), per federal standards for clinical testing, and refer any confirmatory CLIA-certified cases to appropriate clinicians at Children’s National for further care.

According to Marshall Summar, M.D., Chief of Genetics and Metabolism at Children’s National, the WES study could finally provide patients and their families with the medical answers they have been looking for, allowing for treatment appropriate to their specific genetic condition.

Because pediatric diseases can often elude diagnosis, they can pose a number of detrimental effects to patients and their families, including treatment delays, multiple time- and cost-intensive tests, and stress from lingering uncertainty regarding the illness. With this genomic data, Regeneron will be able to utilize findings to continue its efforts to improve drug development.

Since its inception in 2014, the RGC has strategically partnered with leading medical institutions to utilize human genetics data to speed the development and discovery of new and improved therapies for patients in need.