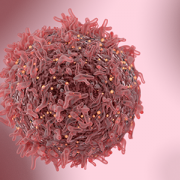 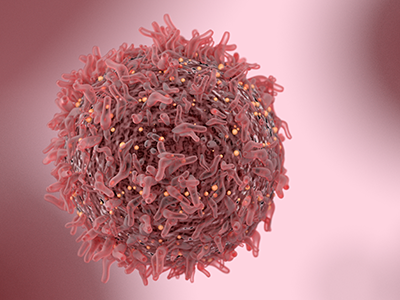 Children’s National Hospital welcomes Muller Fabbri, M.D. Ph.D., as associate director for the Center for Cancer and Immunology Research at the Children’s National Research Institute. In this role, he will build and lead the Cancer Biology Program while developing and conducting basic and translational research. Dr. Fabbri will also develop multidisciplinary research projects with various clinical divisions, including oncology, blood and marrow transplantation, pathology and hematology.

Dr. Fabbri shares his journey working with microRNAs, how his work is advancing the field and his vision for the Center for Cancer and Immunology Research at Children’s National.

Q: You have been working with microRNAs for quite some time. How are you exploring the role of microRNAs in cancer?

A: It was well established within the scientific community that a gene, which is a piece of DNA, becomes a piece of RNA and then becomes a protein. This thought process was pretty much a one-way flow of information that we had, going from DNA to protein as part of a cell function. But, almost 30 years ago, it was discovered that this is not entirely true because what happens is that some of these genes that are transcribed into RNA do not become a protein. Instead, they stay as RNA. Some of these RNAs are tiny and have short sequences, which is why they are called microRNAs.

We conducted a series of studies to observe what happens to a cancer cell if we restore normal levels of certain microRNAs like the ones you would see in a normal cell. We discovered that by restoring some of these microRNAs levels it led to the death of the cancer cells, suggesting that this approach may be used as a cancer treatment. This is one of the research areas that I will further develop at Children’s National as I seek to understand the mechanisms that control microRNA expression and subsequently affect cancer cell proliferation. With this information, we can target these mechanisms and create drugs that interfere with this function and, hopefully, stop cancer cell growth.

Q: Can you tell us about that eureka moment with your best friend during a lunch break?

A: This was a bit of a crazy idea. I will never forget. I shared a theory during a lunch break with a friend. I dared to ask, what if microRNAs worked like hormones? MicroRNAs can be detected in the blood of patients with cancer, and they can be transferred from one cell to another inside of little vesicles called exosomes. If you think about it, I further asked, what other molecules in our body behave like that — i.e. are secreted, circulate in the blood and then transferred to a target cell? My friend replied, “well, those would be hormones.” To which, I added, yes, exactly! Then, why do we not think of RNAs as hormones? And I quote him now, “you are crazy, but if it works it is huge.”

I felt that I had some validation from my best friend, so I decided to invest in this crazy idea, carving extra time on the side while working on my “safe” projects. It was one of those rare cases in science, where in a little over a year, we showed for the first time that microRNAs do not only work the traditional way, but they can also work as hormones. They do have a receptor protein to attach to, and by binding to this protein, they trigger a response in a cell that can be pro-tumoral or anti-tumoral.

Even today, if you open a textbook of endocrinology, under the chapter of hormones, it mentions that there are only two categories, proteins and lipids. Well, it turns out there is a third category, which is nucleic acids because of RNAs.

Q: You mentioned other research areas of interest as it relates to cancer cell biology. What are they?

A: The other line of research that I am developing stems from the original observation that I made in 2012. Cancer cells release tiny vesicles that I like to compare to envelopes containing a written message — the RNA and microRNA. These vesicles released in the surrounding environment contain a message captured by immune cells, known as macrophages. Macrophages act as scavengers in our bodies. In cancer, macrophages are supposed to digest and destroy the cancer cell. However, it turns out that they also have the proper receptor to receive and read the message enclosed in the vesicles. Then, something shocking happens. The macrophage stops fighting the cancer cell and starts producing proteins called cytokines that promote cancer growth. This finding means that we are 180 degrees apart from what we thought at the beginning. A lot of macrophages in the cancer are good news for the patient because they are supposed to kill cancer cells, but because of this mechanism, a lot of macrophages can be bad news since they can also help the cancer cell grow.

My contribution to this discovery was to investigate how the macrophage response is mediated. I discovered that macrophages operate, at least in part, by expressing receptors that bind to microRNAs released by the cancer cell, thereby favoring cancer growth. In the pediatric cancer field we discovered that because of this microRNA–receptor interaction, the pediatric tumor neuroblastoma becomes resistant to chemotherapy. Therefore, one of the strategies we are working on now is to interfere or impair these negative communications between the cancer cell and immune cell. We want to disrupt these communications so the macrophage cannot read the message from the cancer cell anymore and instead keeps doing its job to fight the cancer. We hope that we can leverage this approach to develop novel cancer treatments or create strategies that improves immune cell function in the presence of the patient’s current therapy to enhance an anti-cancer treatment response.

Q: What is your vision for the Center of Cancer and Immunology Research?

A: I am very excited about what I saw at Children’s National. I was delighted to talk to many faculty members, and I recognized the immense talent within the Center. I would like to help elevate and enhance the cancer biology program focused on solid tumors, and augment the work being done in this space by the cell therapy program. The clinicians are clearly eager to collaborate with the basic scientists including the sharing of samples and ideas, which is not typical of many scientific environments. My other goal is to ensure that the Cancer Biology Program plays a central role in acquiring an NCI-Designated Cancer Center recognition often given to institutions that stand out in scientific leadership and clinical research. Finally, I want to create the first national center that develops extracellular vesicles as an innovative treatment strategy for cancer. Importantly, I think that we have all the resources and connections at Children’s National that are necessary to realize this vision! 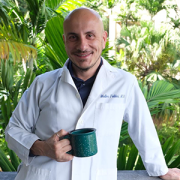 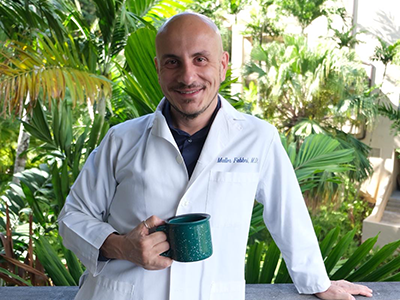 Children’s National Hospital is pleased to announce it has selected Muller Fabbri, M.D. Ph.D., as associate director for the Center for Cancer and Immunology Research at the Children’s National Research Institute. In this role, he will build and lead the Cancer Biology Program while developing and conducting basic and translational research. Dr. Fabbri will also develop multidisciplinary research projects with various clinical divisions, including oncology, blood and marrow transplantation, pathology and hematology.

A distinguished lecturer, instructor, researcher, public speaker and mentor, Dr. Fabbri’s research interest focuses on decoding cancer cellular biology riddles that lead to personalized medicine. He has pioneered a theory that explains non-coding RNAs’ functioning in intercellular communication that promotes cancer cell growth, dissemination and drug resistance. To better understand the immune response against cancer cells, he has investigated the role of exosomes and other extracellular vesicles. Inflammation, tumor microenvironment and immunity, as it relates to cancer, are other research areas of interest.

“I feel fortunate to be working with Dr. Catherine Bollard and her team at an extraordinary research center,” said Dr. Fabbri. “I am eager to join Children’s National, and I look forward to learning from this leadership team, which also includes Dr. Vittorio Gallo, Dr. Mark Batshaw and Dr. Jeffery Dome.”

Dr. Fabbri was drawn to Children’s National because of its proximity to partners like the National Institute of Health (NIH), the Food Drug Administration (FDA), various universities and the private sector, fostering a rich scientific environment. One of Dr. Fabbri’s many goals, is to make sure that the Cancer Biology Program plays a central role in the acquisition of an NCI-Designated Cancer Center recognition often given to institutions that stand out in scientific leadership and clinical research.