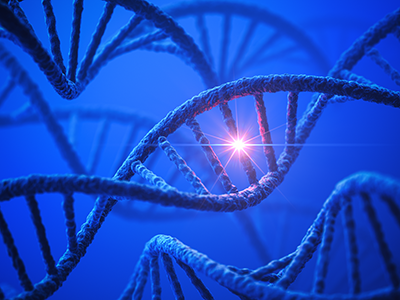 An international collaboration resulted in the identification of a new cause of dwarfism: mutations in a gene known as DNMT3A.

Beyond diabetes, short stature is the most common reason for children in the U.S. to visit an endocrinologist. For the vast majority of children with short stature, the cause remains unknown – even though many of these conditions stem from an as-yet unidentified genetic cause, says Andrew Dauber, M.D., M.M.Sc., division chief of Endocrinology at Children’s National Health System.

“Parents are concerned about why their child isn’t growing and if there are other complications or health problems they’ll need to watch out for,” he says. “Without a diagnosis, it’s very hard to answer those questions.”

Dauber’s research focuses on using cutting-edge genetic techniques to unravel the minute differences in DNA that limit growth. This research recently led him and his colleagues to identify a new cause of dwarfism: mutations in a gene known as DNMT3A. The discovery, which the team published in the January 2019 Nature Genetics, didn’t happen in isolation – it required a rich collaboration of labs spread across the world in Scotland, Spain, France and New Zealand, in addition to Dauber’s lab in the U.S.

The journey that brought Dauber into this group effort got its start with a young patient in Spain. The boy, then four years old, was at less than 0.1 percentile on the growth curve for height with a very small head circumference and severe developmental delays. This condition, known as microcephalic dwarfism, is incredibly rare and could stem from one of several different genetic causes. But his doctors didn’t know the reason for this child’s specific syndrome.

To better understand this condition, Dauber used a technique known as whole exome sequencing, a method that sequences all the protein-coding regions in an individual’s entire genome. He found a mutation in DNMT3A – a change known as a de novo missense mutation, meaning that the mutation happened in a single letter of the boy’s genetic code in a way that hadn’t been inherited from his parents. But although this mutation was clear, its meaning wasn’t. The only clue that Dauber had as to DNMT3A’s function was that he’d read about overgrowth syndromes in which the function of this gene is lost, leading to large individuals with large heads, the exact opposite of this patient’s condition.

To gather more information, Dauber reached out to Andrew Jackson, Ph.D., a researcher who studies human genes for growth at the University of Edinburgh in Scotland. Coincidentally, Jackson had already started studying this gene after two patients with a shared mutation in a neighboring letter in the genetic code – who also had short stature and other related problems – were referred to him.

Dauber and his colleagues sent the results from their genetic analysis back across the Atlantic to Jackson’s Edinburgh lab, and the doctors from Spain sent more information to Jackson’s lab, including the patient’s clinical information, blood samples and skin biopsy samples. Then the whole team of collaborators from around the globe set to work to discover the processes influencing short stature in each of these three patients.

Their results showed that these mutations appear to cause a gain of function in DNMT3A. This gene codes for a type of enzyme known as a methyltransferse, which places methyl groups on other genes and on the protein spools called histones that DNA wraps around. Each of these functions changes how cells read the instructions encoded in DNA. While the mutations that cause the overgrowth syndromes appear to allow stem cells to keep dividing long past when they should taper off and differentiate into different cell types – both normal processes in development – the gain of function that appears to be happening in these three patients prompts the opposite situation: Stem cells that should be dividing for a long time during development stop dividing and differentiate earlier, leading to smaller individuals with far fewer cells overall.

The researchers confirmed their findings by inserting one of the gain-of-function human DNMT3A mutations into a mouse, leading to short animals with small heads.

Eventually, says Dauber, these findings could help lead to new treatments for this and other types of dwarfism that act on these genetic pathways and steer them toward normal growth. These and other scientific discoveries hinge on the type of international collaboration that he and his colleagues engaged in here, he adds – particularly for the types of rare genetic syndromes that affect the patients that he and his colleagues study. With only a handful of individuals carrying mutations in certain genes, it’s increasingly necessary to combine the power of many labs to better understand the effects of these differences and how doctors might eventually intervene.

“The expertise for all aspects of any single research project is rarely centered in one institution, one city, or even one country,” Dauber says. “Often, you really need to reach out to people with different areas of expertise around the world to make these types of new discoveries that can have pivotal impacts on human health.”