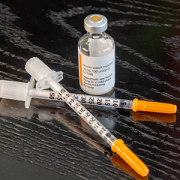 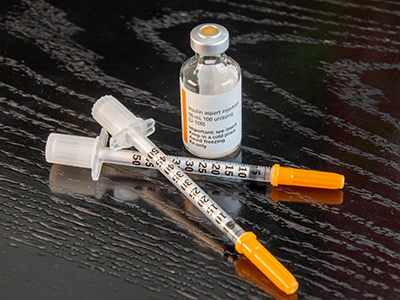 A diabetes clinic gives undocumented children with diabetes access to the care they need to maintain their health with this chronic condition.

In 2018, Jennifer Boughton, a social worker at Children’s National Hospital, came up with the idea of starting a diabetes clinic for patients whose immigration status prevented them from qualifying for insurance. The idea came about after undocumented children were arriving in the emergency department with high blood sugar and dangerously elevated ketone levels.

Through donations and the employees, who volunteer their time, Boughton’s idea became a reality. In January of 2019, the diabetes center held its first access clinic. The clinic has been open every three months since then for undocumented children with diabetes.

Flyers for the clinic are sent to local schools and organizations to help recruit patients.

In the first year, the patient volume has quadrupled and the hbA1c levels have decreased for patients who attend. 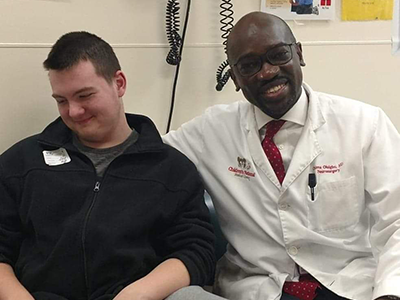 At the age of 17, Jake underwent surgery led by neurosurgeon Chima Oluigbo, M.D., where he conducted a temporal lobe resection, also called temporal lobectomy, that works to lower the number of seizures, make them less severe or stop them completely. The surgery ended up being successful and it worked to greatly improve his overall quality of life.

Since 1969, November has been considered Epilepsy Awareness Month to highlight the importance of recognizing a seizure and promoting seizure first aid. At Children’s National Hospital, doctors in the division of neurology are committed to finding treatments for epilepsy and have done just that by helping Jacob Yates, an 18-year-old patient, get his life back.

For many families the holidays are meant for spending time with loved ones and enjoying the seasonal festivities. However, the holidays were not always a joyous occasion for Jake and his family. Since he was a baby, many of his holidays were spent in a bed due to a brain disorder that caused him to have developmental delays and, at times, up to 17 seizures a day.

“The holidays were always a tough time for the family because Jake would get so excited around Christmas that it would overwhelm his system and induce seizures that took him days to recover from,” says his mom, Jennifer.

Jake was born a preemie and hours after he was born, doctors at his local hospital had identified that he was having trouble breathing. By coincidence, the Children’s National transport team was on-site to take another patient to Children’s National, but once they looked at Jake they immediately took him instead by SkyBear Air Transport, the hospital’s rapid helicopter transport service.

During his stay at Children’s National, Jake was in the neonatal intensive care unit (NICU) for 11 days and was supported by breathing machines to help with respiratory distress and other issues stemming from him being born prematurely.

“If it wasn’t for the Children’s National transport team coincidentally being at our local hospital, Jake wouldn’t have survived staying at that location,” said Jennifer.

After he was taken care of at Children’s National, he was discharged 11 days later, but at the age of three months Jake was still experiencing respiratory issues and was taken back to his local hospital in Charles County.

“When he first arrived back at the University of Maryland Charles Regional Medical Center, the doctors thought he may have had cystic fibrosis, but it came back that perhaps he was suffering from reflux and they put him on medication,” Jennifer recalls. Unfortunately, this was not the cause and it would not be the family’s last visit to the hospital.

By the age of six months, Jake had his first seizure and he was flown back to Children’s National. Over the next year he was repeatedly admitted to the hospital as his seizures had caused him to stop breathing.

Between the ages of 4 to 6 years old, Jake became a patient of William D. Gaillard, M.D., division chief of epilepsy and neurophysiology and Roger Packer, M.D., senior vice president at the Center of Neuroscience and Behavioral Health at Children’s National. After his visit, both doctors recommended surgery, but Dr. Packer recommended that Jake receive an electroencephalogram (EEG), magnetic resonance imaging (MRI) and go through a sleep study first to identify the specific causes of his seizures.

Now on a new medication, his seizures were maintained for the most part, but doctors were still recommending that it was time for surgery. When Jake was 15, his parents re-evaluated the surgery and learned that their son had a 76% chance of being seizure and medication free.

At the age of 17, Jake underwent surgery led by Chima Oluigbo, M.D., neurosurgeon at Children’s National, where he conducted a temporal lobe resection, also called temporal lobectomy, that works to lower the number of seizures, make them less severe or stop them completely. The surgery ended up being successful and it worked to greatly improve his overall quality of life.

According to Jennifer, since the surgery her son is a completely different person and states that he has been seizure free for over a year. Equally, Jake and the family can now all look forward to the holidays.

“We’re so excited to have him share the holidays,” Jennifer says. “He feels better and it shows through his attitude and the way he responds to things. Words can’t express the gratitude we have for the doctors at Children’s National Hospital. They gave my son his life back.” 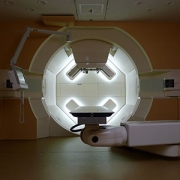 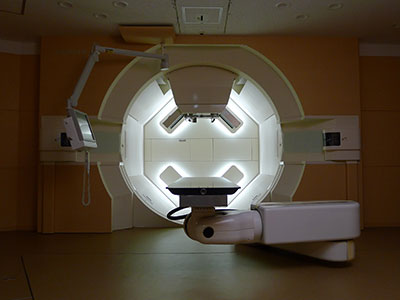 The Center at Sibley offers state-of-the-art, pencil beam proton therapy equipment, as well as next-generation imaging technologies such as dual energy CT-guided treatment that reduces the range of error, and the latest innovation in biomatrix magnetic resonance imaging designed to target moving tumors in organs like the lung and liver.

Pediatric cancer patients in the Greater Washington region now have access to one of the most advanced, lifesaving proton therapy technologies offered in the U.S. The Johns Hopkins Proton Therapy Center opened Oct.28, 2019, at Sibley Memorial Hospital in collaboration with Children’s National Hospital.

The proton collaboration with Children’s National expands an existing collaboration between Children’s National and Johns Hopkins Medicine that established the pediatric radiation oncology program at Sibley, which treats a wide range of children’s cancer. Now, Sibley will offer the only proton center in the Washington D.C. region with a dedicated pediatric team, staff who are trained in pediatrics instead of adult providers who also treat children.

“This collaboration allows us to bring the latest technology to the region and offer the most advanced cancer treatment to help children live better lives,” says Kurt Newman, M.D., president and CEO at Children’s National. “As one of the Top 10 children’s hospitals in the nation, our goal is to ensure that patients and families are receiving the best care possible.”

The Center at Sibley offers state-of-the-art, pencil beam proton therapy equipment, as well as next-generation imaging technologies such as dual energy CT-guided treatment that reduces the range of error, and the latest innovation in biomatrix magnetic resonance imaging designed to target moving tumors in organs like the lung and liver. A large mechanical arm called a gantry can move the beam 360 degrees around the patient, treating the tumor from several angles as it destroys tumor cells layer by layer.

“Proton therapy is an advanced technology that allows radiation to be delivered precisely to cancer tissue,” says Jeffrey Dome, M.D., Ph.D., vice president for Cancer and Blood Disorders at Children’s National. “This provides a significant advantage compared with conventional radiation therapy, especially in children, where sparing the healthy tissue that surrounds the tumor may be critical for normal growth and development. Proton therapy shows great promise to reduce long-term side effects of radiation treatment.”

The Center at Sibley will have a fully integrated research room, which will allow clinical, basic science and medical physics faculty to advance clinical trial research, translational research and technology development research in proton therapy. Leading experts and oncologists will study proton outcomes for sarcoma, gynecological tumors, pancreatic and liver tumors, lymph node cancers and tumors located near the heart and major blood vessels, such as lung or breast cancers. In addition, the researchers will examine how the proton energy that kills cancer cells interacts with non-cancerous cells and tissue surrounding the tumors.