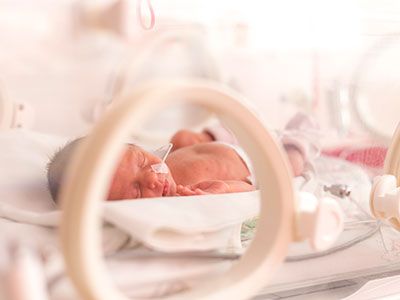 A research project led by Subechhya Pradhan, Ph.D., aims to shed light on metabolism of the placenta, a poorly understood organ, and characterize early biomarkers of fetal congenital heart disease.

The placenta serves as an essential intermediary between a pregnant mother and her developing fetus, transporting in life-sustaining oxygen and nutrients, ferrying out waste and serving as interim lungs, kidneys and liver as those vital organs develop in utero.

While the placenta plays a vital role in supporting normal pregnancies, it remains largely a black box to science. A research project led by Subechhya Pradhan, Ph.D., and partially funded by a Clinical and Translational Science Institute Research Award aims to shed light on placenta metabolism and characterize possible early biomarkers of impaired placental function in fetal congenital heart disease (CHD), the most common type of birth defect.

“There is a huge information void,” says Pradhan, a research faculty member of the Developing Brain Research Laboratory at Children’s National Health System. “Right now, we do not have very much information about placenta metabolism in vivo. This would be one of the first steps to understand what is actually going on in the placenta at a biochemical level as pregnancies progress.”

The project Pradhan leads will look at the placentas of 30 women in the second and third trimesters of healthy, uncomplicated pregnancies and will compare them with placentas of 30 pregnant women whose fetuses have been diagnosed with CHD. As volunteers for a different study, the women are already undergoing magnetic resonance imaging, which takes detailed images of the placenta’s structure and architecture. The magnetic resonance spectroscopy scans that Pradhan will review show the unique chemical fingerprints of key metabolites: Choline, lipids and lactate.

Choline, a nutrient the body needs to preserve cellular structural integrity, is a marker of cell membrane turnover. Fetuses with CHD have higher concentrations of lactate in the brain, a telltale sign of a shortage of oxygen. Pradhan’s working hypothesis is that there may be differing lipid profiles and lactate levels in the placenta in pregnancies complicated by CHD.  The research team will extract those metabolite concentrations from the spectral scans to describe how they evolve in both groups of pregnant women.

“While babies born with CHD can undergo surgery as early as the first few days (or sometimes hours) of life to correct their hearts, unfortunately, we still see a high prevalence of neurodevelopmental impairments in infants with CHD. This suggests that neurological dysfunctional may have its origin in fetal life,” Pradhan says.

Having an earlier idea of which fetuses with CHD are most vulnerable has the potential to pinpoint which pregnancies need more oversight and earlier intervention.

Placenta spectral data traditionally have been difficult to acquire because the pregnant mother moves as does the fetus, she adds. During the three-minute scans, the research team will try to limit excess movement using a technique called respiratory gating, which tells the machine to synchronize image acquisition so it occurs in rhythm with the women’s breathing. 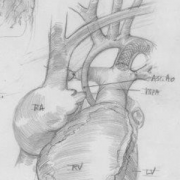 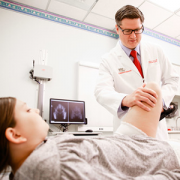