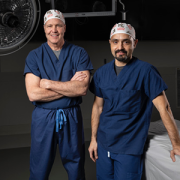 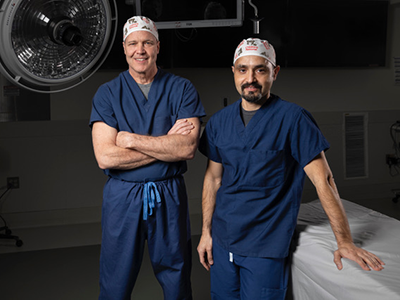 Drs. Petrosyan and Kane combined perform more POEM procedures for children than any other pediatric surgeons in the United States.

Peroral endoscopic myotomy (POEM) is a safe and effective procedure to treat pediatric achalasia according to a single-center outcomes study in the Journal of Pediatric Surgery.

Authors Timothy Kane, M.D., chief of General and Thoracic Surgery at Children’s National Hospital, and Mikael Petrosyan, M.D., MBA, associate chief of that division, together perform more of these procedures than any other pediatric surgeons in the United States.

Their experience with POEM shows that it is as safe and effective as the current standard of care for pediatric achalasia, which is a procedure called the laparoscopic Heller myotomy (LHM). Even better, previous research in adults and now in pediatric patients, has shown that those who undergo POEM as an alternative to LHM report less pain and often require shorter hospital stays after surgery.

POEM has been an option for adults with achalasia for many years, but not for children because it requires technical skill and expertise not readily available everywhere. More studies of young patients with successful outcomes following POEM procedures can help make the case for training more pediatric surgeons to learn this approach, and help this alternative method become an additional surgical option for children with achalasia.

Achalasia is a rare condition in adults (1/100,000) and even less common in children, occurring in only 0.1 per 100,000 patients with an estimated prevalence of 10 per 100,000. The rarity of achalasia in children compared with adults makes collecting enough statistically significant evidence about how best to treat them difficult, more so than for other more common pediatric surgical conditions.

Children’s National Hospital is one of the only children’s hospitals in the country to offer the option of POEM for treatment of these conditions in children — and Drs. Kane and Petrosyan combined perform more of these procedures than any other pediatric surgeons in the United States.

The surgeons at Children’s National offer POEM as a primary intervention for children with esophageal achalasia and are also applying the same approach for pediatric gastroparesis as well.

Children’s National Hospital is one of only 12 children’s hospitals in the country, and the only hospital in the Washington, D.C., region, to be verified as a Level 1 Children’s Surgery Center by the American College of Surgeons (ACS) Children’s Surgery Verification Quality Improvement Program. This distinction recognizes surgery centers whose quality improvement programs have measurably improved pediatric surgical quality, prevented complications, reduced costs and saved lives.

Given their reported outcomes so far, the authors believe that in the long term this approach may replace the current pediatric standard of care, the LHM. More research is needed to make this case, however, including long-term follow-up studies of the patients who have undergone the procedure so far.

You can read the full study, “Per Oral Endoscopic Myotomy (POEM) for Pediatric Achalasia: Institutional Experience and Outcomes,” in the Journal of Pediatric Surgery. 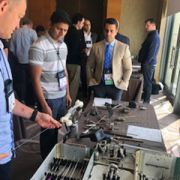 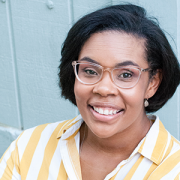 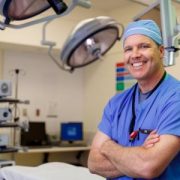 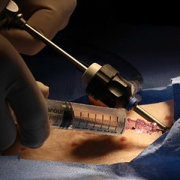 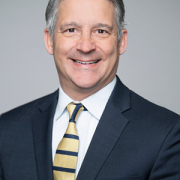