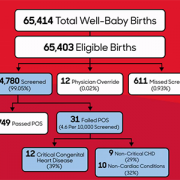 One of the nation’s longest-running newborn screening programs for critical congenital heart disease (CCHD) finds that screening continues to serve as a necessary tool to help identify every child with CCHD — even in states where the majority of babies are diagnosed before birth.

The screening program study findings were published in Pediatrics. The data is some of the first to provide long-term evidence for using pulse oximetry to screen newborns for critical congenital heart disease 24 hours after birth. This screening test was added to the Department of Health and Human Services Recommended Uniform Screening Panel in 2011 and is now required in all 50 states.

“This study reinforces why pulse oximetry screening for CCHD is an important tool in our arsenal to identify and treat critical congenital heart disease, and other conditions that affect the flow of oxygen throughout the body, as soon as possible,” says Bryanna Schwarz, M.D., a cardiology fellow at Children’s National Hospital and lead author. “We know that prompt, early detection and swift intervention is crucial to positive long-term outcomes for these kids.”

The team looked at the data and outcomes for all babies born throughout eight years at Holy Cross Hospital in suburban Maryland, one of the first community birthing hospitals in the country to routinely perform the screening. Over the eight-year period, 64,780 newborns were screened at the site. Of those:

The authors note that the 12 newborns with CCHD identified through pulse oximetry screening are noteworthy because they represent critical congenital heart disease cases that are not found before birth in the state of Maryland, where rates of prenatal diagnosis are relatively high. The finding indicates that screening after birth continues to play a critical role in ensuring every baby with critical congenital heart disease is identified and treated as quickly as possible.

“Holy Cross Health and Children’s National have had a decades-long relationship, as we mutually care for women and infants throughout the region. With Children’s National having the U.S. News & World Report #1 ranking Neonatology service in the nation and Holy Cross Hospital being among the top 10 hospitals for the number of babies delivered each year, we are honored to be leading together the great work that is being done to serve our health care community,” says Ann Burke, M.D., vice president of Medical Affairs at Holy Cross Hospital. “We are committed to continuing to do our part to care for women and infants, as well as contribute to the national landscape for neonatal care. We are delighted in the outcomes we have seen and look forward to continued advancement.”

The researchers also ran a projection of recently recommended updates to the screening protocol, which include removing a second re-screen after a newborn fails the initial test, to look at whether removing the second rescreen to verify results would decrease accuracy. While the false positive rate did increase slightly from .03% to .04%, eliminating a second re-screen allowed the newborns who were identified to receive crucial care sooner without having to wait an additional hour for one more test to verify their condition.

“It’s time to stop asking if pulse oximetry is a necessary tool to detect critical heart disease in babies,” says Gerard Martin, M.D., M.A.C.C., senior author of the study and C.R. Beyda Professor of Cardiology at Children’s National Hospital. “Our focus now should be on making evidence-based refinements to the screening protocol based on collected data to ensure the process is simple, can be performed consistently and provides as accurate results as possible.” 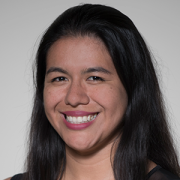 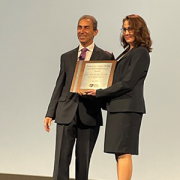 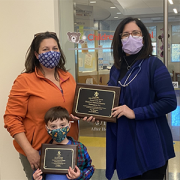 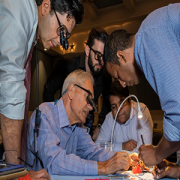 Snapshot: The Sixth Scientific Meeting of the World Society for Pediatric and Congenital Heart Surgery