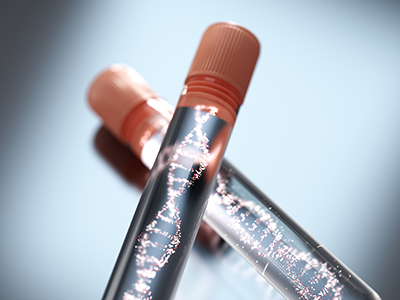 A multi-institutional team led by researchers at Children’s National in Washington, D.C., developed and tested “liquid biopsy,” a measure of circulating tumor DNA in patients’ cerebrospinal fluid and blood plasma. They show that quantifying the amount of circulating tumor DNA possessing key mutations characteristic of diffuse midline gliomas could reliably predict the tumors’ response to radiotherapy.

Diffuse midline gliomas are rare, diagnosed in fewer than 800 Americans every year, the majority of whom are children. These cancers arise in the cellular “glue” that holds the brain and spinal cord’s neurons together, grow swiftly and have no cure. About half of patients with these cancers, including diffuse intrinsic pontine glioma, die within one year of diagnosis.

Clinical trials are increasingly investigating new treatments that could offer hope for patients and their families. Yet, thus far, there have been few ways to track the progression of these conditions, offering little insight on whether a treatment is hitting its intended goal.

To solve this problem, a multi-institutional team led by researchers at Children’s National in Washington, D.C., developed and tested “liquid biopsy,” a measure of circulating tumor DNA in patients’ cerebrospinal fluid and blood plasma. They show that quantifying the amount of circulating tumor DNA possessing key mutations characteristic of these cancers could reliably predict the tumors’ response to radiotherapy. The scientists published their results online Oct. 15, 2018, in Clinical Cancer Research.

“We heard from our clinician colleagues that many kids were coming in and their magnetic resonance imaging (MRI) suggested a particular type of tumor. But it was always problematic to identify the tumor’s molecular subtype,” says Javad Nazarian, Ph.D., MSC, a principal investigator in Children’s Center for Genetic Medicine Research. “Our colleagues wanted a more accurate measure than MRI to find the molecular subtype. That raised the question of whether we could actually look at their blood to determine the tumor subtype.”

Children’s liquid biopsy, which remains at the research phase, starts with a simple blood draw using the same type of needle as is used when people donate blood. When patients with brain tumors provide blood for other laboratory testing, a portion of it is used for the DNA detective work. Just as a criminal leaves behind fingerprints, tumors shed telltale clues in the blood. The team at Children’s National searches for the histone 3K27M (H3K27M), a mutation associated with worse clinical outcomes.

“With liquid biopsy, we were able to detect a few copies of tumor DNA that were hiding behind a million copies of healthy DNA,” Nazarian says. “The blood draw and liquid biopsy complement the MRI. The MRI gives the brain tumor’s ZIP code. Liquid biopsy gives you the demographics within that ZIP code.”

Working with collaborators around the nation, Children’s National continues to refine the technology to improve its accuracy.

Even though this research technique is in its infancy, the rapid, cheap and sensitive technology already is being used by people around the globe.

“People around the world are sending blood to us, looking for this particular mutation, H3K27M,” says Lindsay B. Kilburn, M.D., a neuro–oncologist, principal investigator at Children’s National for the Pacific Pediatric Neuro-Oncology Consortium, and study co-author. “In many countries or centers children to not have access to teams experienced in taking a biopsy of tumors in the brainstem, they can perform a simple blood draw and have that blood processed and analyzed by us. In only a few days, we can provide important molecular information on the tumor subtype previously only available to patients who had undergone a tumor biopsy.”

With that DNA finding, physicians can make more educated therapeutic decisions, including prescribing medications that could not have been given previously, Nazarian adds. 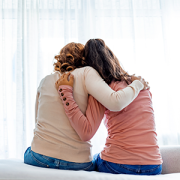 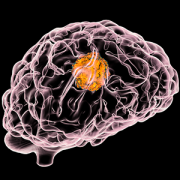 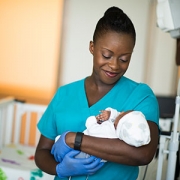 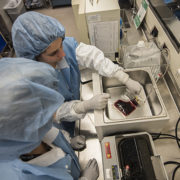 Looking for atherosclerosis’ root cause