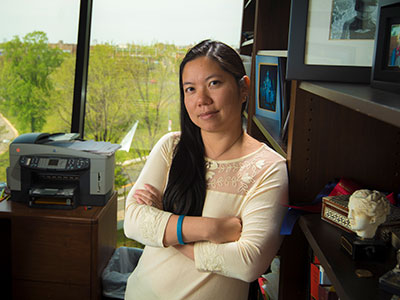 “By including heart rate variability measurements and other markers of autonomic function in our current predictive armamentarium,” says An Massaro, M.D., “we may be able to offer new hope for infants with HIE.”

In about two to three in every 1,000 full-term births, babies develop a neurological condition called hypoxic ischemic encephalopathy (HIE) when their brains receive insufficient oxygen. HIE can be a devastating condition, leading to severe developmental or cognitive delays or motor impairments that become more evident as the child grows older. Despite improvements in care – including therapeutic hypothermia, a whole-body cooling method administered shortly after birth that can slow brain damage – about half of children with this condition die from neurological complications by age 2.

Finding ways to identify children with the most severe HIE could help researchers focus their efforts and provide even more intense neuroprotective care, explains An Massaro, M.D., a neonatologist at Children’s National Health System. But thus far, it’s been unclear which symptoms reflect the extent of HIE-induced brain damage.

That’s why Dr. Massaro and colleagues embarked on a study published in the May 2018 issue of Journal of Pediatrics. The team sought to determine whether dysfunction of the autonomic nervous system (ANS) – the auto-pilot part of the nervous system responsible for unconscious bodily functions, such as breathing and digestion – reflected in routine care events can be used as a marker for brain injury severity.

The researchers collected data from 25 infants who were treated for HIE with therapeutic hypothermia at Children’s National. Thanks to multi-modal monitoring, these babies’ medical records hold a treasure trove of information, explains Rathinaswamy B. Govindan, Ph.D., a staff scientist in Children’s Advanced Physiological Signals Processing Lab.

In addition to including continuous heart rate tracings and blood pressure readings that are standard for many infants in the neonatal intensive care unit (NICU), they also recorded cerebral near infrared spectroscopy, a monitor that measures brain tissue oxygen levels. The investigators performed detailed analyses to evaluate how these monitor readings change in response to a variety of routine care events, such as diaper changes, heel sticks, endotracheal tube manipulations and pupil examinations.

The researchers stratified these infants based on how dysfunctional their ANS behaved by using heart rate variability as a marker: The fewer natural fluctuations in heart rate, the more damaged their ANS was thought to be. And they also used non-invasive brain magnetic resonance imaging (MRI) to determine brain damage. They then compared this information with the babies’ physiological responses during each care event.

Their findings show that infants with impaired ANS, based on depressed heart rate variability before the care event, had significantly different responses to these care events compared with babies with intact ANS.

These results, Govindan explains, suggest that a real-time, continuous way to assess ANS function may offer insights into the expected physiological response for a given infant during routine NICU care.

“This is exactly the type of additional information that intensivists need to pinpoint infants who may benefit from additional neuroprotective support,” he says. “Right now, it is standard practice to monitor brain activity continuously using electroencephalogram and to check the status of the brain using MRI to assess the response to therapeutic cooling. Neither of these assessments can be readily used by neonatologists at the bedside in real-time to make clinical decisions.”

Assessing ANS function in real-time can help guide neuroprotective care in high-risk newborns by providing insight into the evolving nature of brain damage in these infants, Dr. Massaro adds.

Beyond simply serving as a biomarker into brain injury, poor ANS function also could contribute to the development of secondary injury in newborns with HIE by stymieing the normal changes in heart rate and blood pressure that help oxygenate and heal injured brains. The researchers found that the cumulative duration of autonomic impairment was significantly correlated with the severity of brain injury visible by MRI in this group of infants.

“By including heart rate variability measurements and other markers of autonomic function in our current predictive armamentarium,” says Dr. Massaro, “we may be able to offer new hope for infants with HIE.”

This research was supported by the Clinical and Translational Science Institute at Children’s National under awards UL1TR000075 and 1KL2RR031987-01 and the Intellectual and Developmental Disabilities Research Consortium within the National Institutes of Health under award P30HD040677. 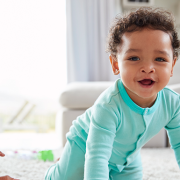 For hemorrhagic cystitis, harnessing the power of a parasite