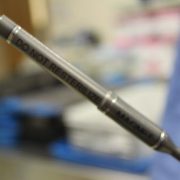 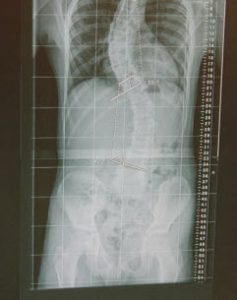 After implanting a MAGEC Spinal Growing Rod, doctors use an external remote control to lengthen the magnetically controlled rod as the child grows.

Children’s National Health System was among the first in the country to offer a novel spinal growing rod for children with scoliosis after it was approved by the FDA just three years ago – and has now treated 30 patients with this innovative technique. The MAGEC™ (MAGnetic Expansion Control) Spinal Growing Rod is a non-invasive treatment for children with early onset scoliosis.

After the initial procedure to implant the rod, doctors use an external remote control outside of the body to lengthen the magnetically controlled rod as the child grows. The adjustments are non-invasive, reducing the number of surgeries required during the course of treatment.

Growing rods have become effective tools for children whose spinal curvature is too significant to control with bracing or casting. The rods—which are surgically attached to the spine above and below the curve and then traditionally lengthened during follow-up surgical procedures—allow the spine to continue growing while managing the curve until the child is old enough for spinal fusion.

The problem: Children must bear the physical and psychological burden of undergoing lengthening procedures every six to 12 months until they are skeletally mature enough to have spinal fusion—typically around age 10 for girls and age 12 or 13 for boys.

Now, instead of returning to the hospital for a major surgery to adjust growth rods twice a year, children with the MAGEC rod have adjustments in just a few minutes four times a year – minus invasive surgery and recovery time, says Matthew Oetgen, M.D., Division Chief of Orthopaedic Surgery and Sports Medicine and Director of Orthopaedic Research at Children’s National.

“Traditional growing rods work, but they require multiple surgeries that increase complication rates and time spent in the hospital,” he says. “We treat many children each year who have or are candidates for growing rods, so it’s important for us to embrace new technology to make the lengthening process easier and less painful for children while decreasing morbidity.”

Children’s National orthopaedic surgeons lengthen the MAGEC rod every three to four months in the office using the electronic remote control. They then monitor the scoliosis and treatment progress with radiographs. Like traditional growing rods, MAGEC is a means, not an end—the system provides a bridge treatment spanning the years between the initial lengthening surgery and spinal fusion.

Dr. Oetgen says this game-changing technology may not be the right solution for every patient, but is the preferred choice because the patients can avoid some additional surgeries down the line. Patients in the 5-7 year age range at the time the rod is in place would potentially face 10 years of surgeries every six months with traditional growing rods.

“We’ve eliminated these regularly scheduled procedures, which is great if you’re a healthy kid,” Oetgen says. “But if you are a kid with other health challenges, such as a neuromuscular disease – it’s really life changing not to have to go into surgery every six months. It saves them a tremendous amount of intervention.”

Following MAGEC’s approval by the U.S. Food and Drug Administration in February 2014, surgeons at Children’s National performed two of the first 15 MAGEC implantations in the country, and the first in the greater Washington, DC, area. MAGEC rods are approved for children with scoliosis greater than 50 degrees in magnitude and under 10 years of age.

On the horizon for this new technology are some improvements Oetgen says would allow physicians using MAGEC rods to improve the patient experience even more. “Smarter” devices could potentially tell doctors how much lengthening has actually occurred after they’ve pushed the buttons on the remote control – instead of having to follow up the procedure with an x-ray to see how the rod interacted with soft tissue around the spine, he says.

And the next generations of MAGEC rods may be smaller devices, allowing younger, smaller kids to reap the benefits.

“In the future these improvements will allow us to treat more patients, and allow us to know what we’re doing and what kind of feedback we’re getting,” Oetgen says. 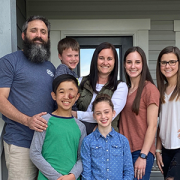 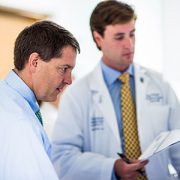 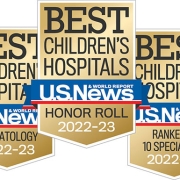 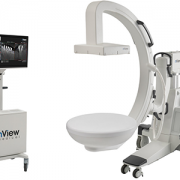