Fewer than 50 percent of pharmaceuticals approved by federal authorities are explicitly approved for use in kids, and even fewer devices are labeled for pediatric use.

Fewer than 50 percent of pharmaceuticals approved by federal authorities are explicitly approved for use in kids, and even fewer devices are labeled for pediatric use. Congress has offered incentives to manufacturers who study their treatments in children, but the laws do not require drug makers to demonstrate statistical significance or for the clinical trial to improve or extend children’s lives.

To overcome such daunting obstacles, the American Society of Pediatric Nephrology established a Therapeutics Development Committee to forge more effective public-private partnerships and to outline strategies to design and carry out pediatric nephrology clinical trials more expeditiously and effectively.

“We have seen how other pediatric subspecialties, such as cancer and arthritis, have leveraged similar consortia to address mutual concerns and to facilitate development of new therapeutics specific to those diseases,” says Marva Moxey-Mims, M.D., chief of the Division of Nephrology at Children’s National Health System and a founding committee member. “As a group, we aim to collectively identify and remedy the most pressing needs in pediatric nephrology. As just one example, the committee could help to increase the number of sites that host research studies, could expand the pool of potential study volunteers and could lower the chances of duplicating efforts.”

A paper summarizing their efforts thus far, “Enhancing clinical trial development for pediatric kidney diseases,” written by Dr. Moxey-Mims and 15 co-authors, was published online Aug. 30 by Pediatric Research. The journal’s editors will feature the review article in the “Editor’s Focus” of an upcoming print edition of the publication.

The committee is comprised of academic pediatric nephrologists, patient advocates, private pharmaceutical company representatives and public employees at the Food and Drug Administration and the National Institutes of Health. But it is likely to grow in size and in stakeholder diversity.

Already, committee members have learned that they achieve better results by working together. Early communication can avoid flaws in designing clinical trials, such as overestimating the volume of clinical samples that can feasibly be collected from a small child, or that could misinterpret the type of data needed to secure federal approval.

According to the study authors, both groups understand the critical role that patients and families can play in early research study design, such as accelerating patient recruitment, bolstering the credibility of research and helping to translate research results into actual clinical practice.

“We are pleased to have created a forum that allows participants to share valuable viewpoints and concerns and to understand how regulations and laws could be changed to facilitate development of effective medicines for children with kidney disease,” says Dr. Moxey-Mims. “We hope the relationships and trust forged through these conversations help to speed the development and approval of the next generation of therapies for pediatric renal disease.”

Test your knowledge of APOL1’s role in kidney health 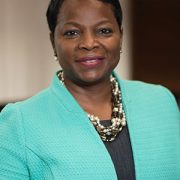