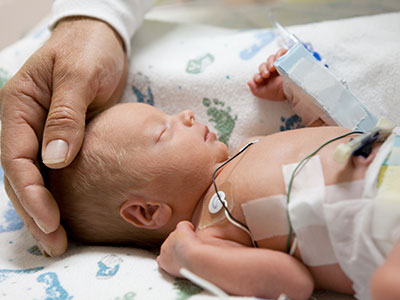 The amount of blood the heart pumps in one minute can be directly measured safely in newborns by monitoring changes in blood velocity after injecting saline, indicates the first clinical study of direct cardiac output measurement in newborns.

The amount of blood that the heart pumps in one minute (cardiac output) can be directly measured safely in newborns by monitoring changes in blood velocity after injecting saline, indicates a paper published online Dec. 17, 2019 in the Journal of Pediatrics and Neonatal Medicine. The research, conducted by Children’s National Hospital faculty, is believed to be the first clinical study of direct cardiac output measurement in newborns.

The COstatus monitor already uses ultrasound dilution – the expected decrease in the velocity of blood when saline is injected, producing a dilution curve. A Children’s National research team used ultrasound dilution in their small pilot study to gauge the feasibility of directly measuring cardiac output in newborns.

“Infants who stand to benefit most from directly monitoring cardiac hemodynamics are often so sick they already have central venous access,” says Khodayar Rais-Bahrami, M.D., an attending neonatologist at Children’s National and the study’s senior author. “Using the COstatus monitor in these children would enable the clinical team to personalize care based on the newborn’s current hemodynamic status, while introducing minimal fluid during measurements,” Dr. Rais-Bahrami adds. 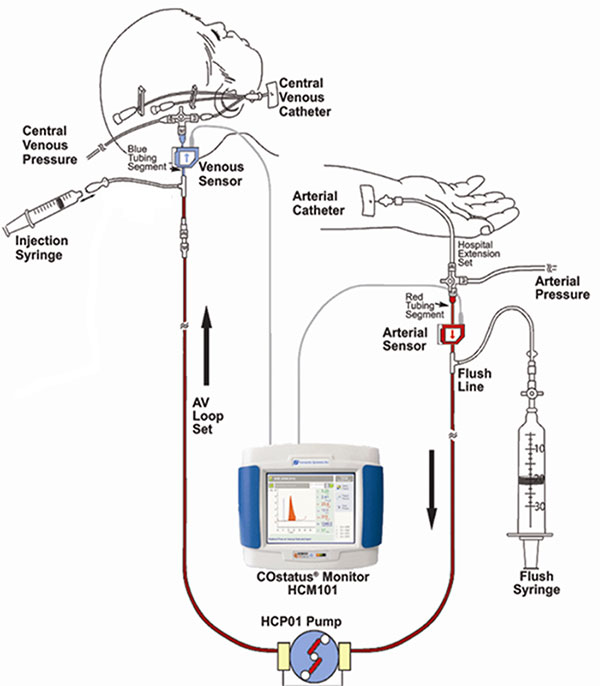 The COstatus Monitor uses an extracorporeal loop attached to arterial and venous lines to measure cardiac output using ultrasound dilution. The research team injected 1mL/kg of body temperature saline into the loop and performed up to two measurement sessions daily.

The research team recruited 12 newborns younger than 2 weeks old who already had central venous and arterial access. The venous line of the arteriovenous AV loop is connected to the umbilical venous catheter while the COstatus monitor’s arterial line is connected to the umbilical arterial catheter. During measurement sessions, two injections of solution are injected into the venous loop, allowing for two measures of cardiac output, cardiac index, active circulating volume index, central blood volume index and systemic vascular resistance index.

Infants enrolled in the pilot study underwent up to two measurement sessions per day for up to four days, for a total of 54 cardiac hemodynamic measurements. The newborns ranged from 720 to 3,740 grams in weight and 24 to 41.3 weeks in gestational age.

The infants’ mean cardiac output was 0.43L/min and increased with gestational age. By contrast, the mean cardiac index was 197mL/kg/min and changed little with infants’ increasing maturity – either by gestational age or postnatal age. Two of the study participants were undergoing therapeutic cooling for hypoxic-ischemic encephalopathy and had their measurements taken during cooling and after rewarming.

“Although this study size is small, it demonstrates that this minimally invasive technique can safely be used in newborns to directly measure cardiac hemodynamics,” says Simranjeet S. Sran, M.D., a Children’s National neonatalogist and the study’s lead author. “This technology may allow for more precise and personalized care of critically ill newborns in a range of disease states – real-world utility in NICUs that serve some of the youngest and sickest newborns,” Dr. Sran adds.

The research team notes that direct measurement by ultrasound dilution revealed a stark increase in cardiac index as infants undergoing therapeutic hypothermia were rewarmed, raising questions about whether indirect measures using other technology, such as echocardiography, underestimate hypothermia’s effect on hemodynamics.

In addition to Drs. Rais-Bahrami and Sran, Mariam Said, M.D., also a Children’s National neonatalogist, was a study co-author.