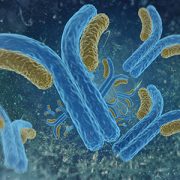 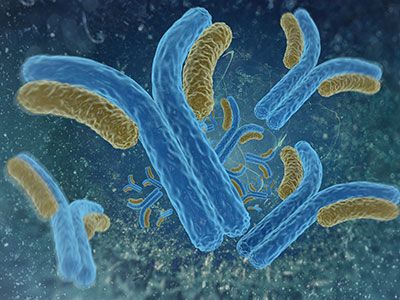 Monitoring and treating de novo donor-specific antibodies (dnDSA) before they could cause graft damage helped to decrease dnDSA in a majority of pediatric kidney transplant recipients at Children National Health System and prevented graft failure in the first few years.

Development of de novo donor-specific antibodies (dnDSA) is known to cause graft failure. Therefore, a protocol aimed at prospective monitoring and treating dnDSA – before they can cause graft damage – was developed for kidney transplant recipients at Children National Health System. This helped to decrease dnDSA in 76 percent of pediatric patients and prevented graft failure in the first few years, indicates a longitudinal cohort study published online Jan. 22, 2018, in Pediatric Transplantation. However, the benefit of preserving function of transplanted kidneys came at a price: Heightened hospitalization rates for infection.

An estimated 20 percent to 30 percent of children develop dnDSA and many of these patients go on to develop allograft failure after three to six years, write the study authors.

Clinical signs of graft failure due to antibodies appear too late to safeguard long-term graft survival. According to the study authors, developing earlier methods to detect dnDSA offers the opportunity to intervene before irreversible graft injury occurs.

After transplant, these children were monitored for development of dnDSA at six months and then yearly. Upon detection of DSA, these children underwent kidney biopsy to assess for acute rejection. Additionally, monitoring was intensified to every two months. 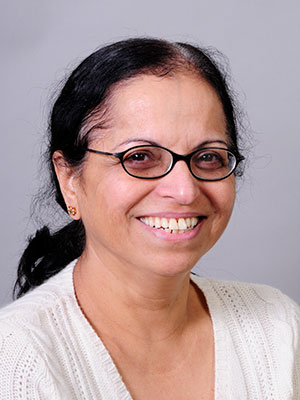 “Our patients did not have a statistically significant increase in graft loss or dysfunction, suggesting that early and targeted treatment of dnDSA may benefit patients,” says Asha Moudgil, M.D., FASN.

Sixty-seven of the 72 children who received kidney transplants during that six-year period were included in this retrospective analysis. Their mean age was 14.1 years. Acute cellular rejection was treated according to a prespecified protocol.

Nearly 39 percent of the children developed dnDSA within a median of 1.36 years. Ten of these 26 children had increased creatinine, 12 had new onset proteinuria and six had newly diagnosed hypertension at the time the dnDSA was detected. The multivariate analysis found that the coefficient of variance of tacrolimus, which measures adherence to immunosuppressive drugs, was the only statistically significant predictor for developing dnDSA.

“Our patients did not have a statistically significant increase in graft loss or dysfunction, suggesting that early and targeted treatment of dnDSA may benefit patients,” Dr. Moudgil adds. “There was a higher risk of treatment-related complications, however, and this risk must be balanced against the short-term benefit of prolonging allograft function.”

Study co-authors include Olga Charnaya, M.D., a Children’s fellow when the study was designed and the article was drafted, now at Johns Hopkins; and Children’s Nephrologist, Shamir Tuchman, M.D. 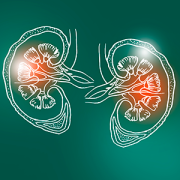 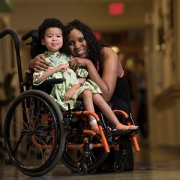 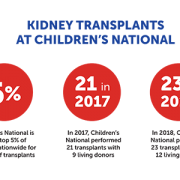 2019 at a glance: Nephrology at Children’s National