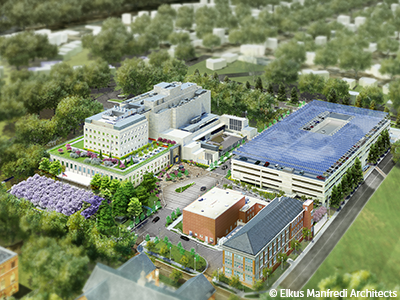 The inter-institutional program, which launched in December, promotes cross-disciplinary collaborations among researchers at both institutions. At Virginia Tech, the program is part of the Virginia Tech Cancer Research Alliance. Financial support for the program was provided by the Offices of the Physician-in-Chief and Chief Academic Officer at Children’s National, and by Virginia Tech’s Office of the Vice President for Health Sciences and Technology.

“We were delighted to see so many innovative and competitive research proposals for our first round of pilot grants in the area of brain cancer. By forging new research collaborations with our partners at Children’s National, we hope to make major strides in addressing one of the most common and devastating groups of cancers in children,” said Michael Friedlander, Virginia Tech’s vice president for health sciences and technology, and the executive director of the Fralin Biomedical Research Institute at VTC. “The pilot funding will bootstrap several programs to be able to acquire ongoing sustainable funding by providing the opportunity to test novel high impact ideas for new strategies for treating these disorders. There are simply too few good options for children in this space now and this partnership can change that for the better.”

The collaborative research initiative began through an agreement between the Fralin Biomedical Research Institute and the Children’s National Research Institute. The collaborative teams formed through a series of interactive discussions among Virginia Tech’s Cancer Research Alliance faculty members from the university’s Blacksburg and Roanoke campuses, and Children’s National’s neuro-oncology researchers.

“I am extremely excited by this collaboration between VT and CNH that is focused on pediatric brain tumors which is such an area of unmet need,” said Catherine Bollard, M.D., M.B.Ch.B.,, director of Children’s National’s Center for Cancer and Immunology Research. “I am confident that the funded proposals will soon advance our understanding of pediatric brain tumors and, more importantly, facilitate more joint efforts between two world-class institutions which is especially timely with the development of the Children’s National Research & Innovation Campus.”

Yanxin Pei, Ph.D., an assistant professor in the Center for Cancer Immunology Research at Children’s National, and Liwu Li, Ph.D., a professor of biological sciences in Virginia Tech’s College of Science, were awarded one of the pilot research grants to study how white blood cells called neutrophils are involved in metastatic MYC-driven medulloblastoma, an aggressive type of brain tumor in children that often resists conventional radiation and chemotherapies.

Yuan Zhu, Ph.D., the Gilbert Family Professor of Neurofibromatosis Research at Children’s National, and Susan Campbell, Ph.D., an assistant professor of animal and poultry sciences in Virginia Tech’s College of Agriculture and Life Sciences, were awarded funds to study glioma-induced seizures in mice with a genetic mutation that inhibits the production of P53, a key protein involved in suppressing cancer cell growth and division.

The successful applicants will receive funding starting this month and are expected to deliver preliminary data to support an extramural research application by 2024.

This pilot research program represents a growing academic research partnership between Children’s National and Virginia Tech. Last year, the two institutions announced that Virginia Tech will establish a biomedical research facility on the Children’s National Research & Innovation Campus. It will be the first research and innovation campus in the nation focused on pediatrics when it opens later this year and will house newly recruited teams of pediatric brain cancer researchers. 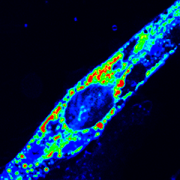 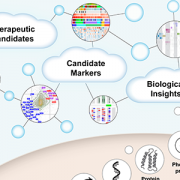 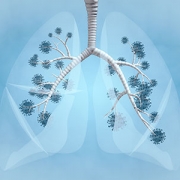 Probiotic use in pediatric medicine
Scroll to top