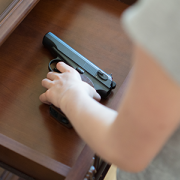 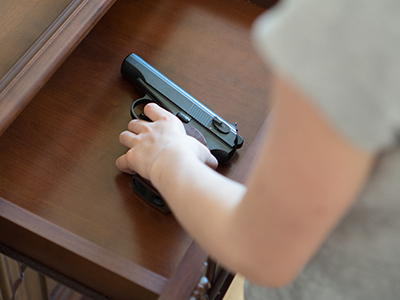 A new study led by researchers at Children’s National Hospital, finds that sociodemographic factors related to intent of injury by firearm may be useful in guiding policy and informing tailored interventions for the prevention of firearm injuries in at-risk youth.

Firearm injuries are a leading and preventable cause of injury and death among youth – responsible for an estimated 5,000 deaths and 22,000 non-fatal injury hospital visits each year in American kids. And while hospital systems are poised to tackle this issue using a public health approach, prevention efforts and policies may be differentially effective. A new study led by researchers at Children’s National Hospital, finds that sociodemographic factors related to intent of injury by firearm may be useful in guiding policy and informing tailored interventions for the prevention of firearm injuries in at-risk youth.

“We sought to explore differences by injury intent in a nationally representative sample of youth presenting to the emergency department with firearm injury,” said Shilpa Patel, M.D., M.P.H., emergency medicine physician at Children’s National Hospital. “We are hopeful that hospitals will support programs that are targeted, patient-centered and relevant to their communities to prevent firearm injury among youth.”

In one of the first comparative studies of factors and outcomes associated with intentionality of youth firearm injury in a large nationally representative sample, researchers identified more than 178,200 weighted hospital visits for firearm injuries with data collected from the Nationwide Emergency Department Sample (NEDS) from 2009 through 2016. Dr. Patel and her colleagues identified distinct risk profiles for individuals aged 21 and younger, who arrived at emergency departments with firearm injuries over an 8-year period.

Using NEDS data, researchers found that approximately one third of the injuries were categorized as unintentional, another third as assault and a small proportion as self-harm. The majority of visits were among youth age 18 to 21 years with almost 90% male, and more than 40% publicly insured. Nearly a third were admitted to the hospital and 6% died as a result of their firearm injuries. In addition, the study showed that the likelihood of unintentional injury was higher among children age 12 and younger.

“These findings provide insight into the overlap between risk factors, outcomes and intentionality of youth firearm injury,” says Dr. Shilpa.  “For hospitals looking to implement programs to reduce youth firearm injury, distinct risk profiles identified in our study align with prior evidence to support the following: screen for firearm access and provide counseling on safe storage targeting families with younger children; screen suicidal patients for access to lethal means, especially those hospitals in rural areas; and screen for firearm access especially among children exposed to violence or at risk for assault presenting to urban hospitals.” 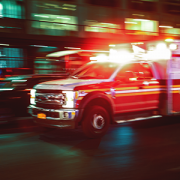 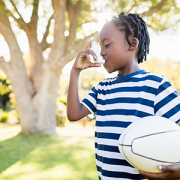 Social determinants of health and asthma morbidity in youth

New robot helps care for kids in the emergency room at Children’s National...
Scroll to top